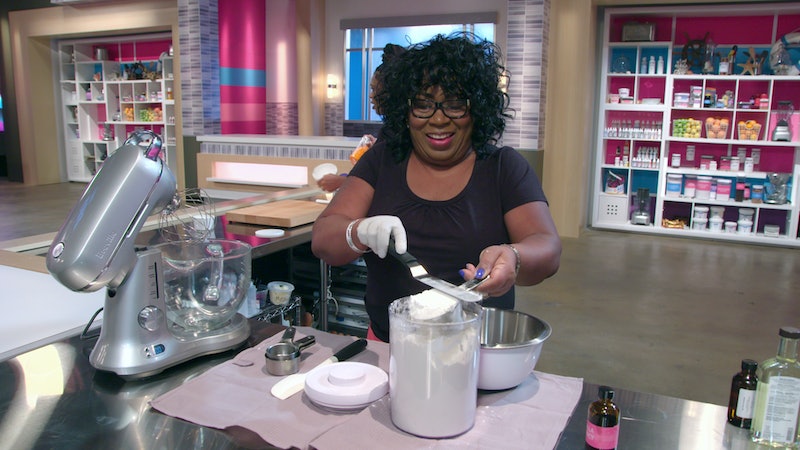 Sugar Rush is changing things up for Season 3, and those format switch-ups could last through a Sugar Rush Season 4, if Netflix renews the series. New to the third season is the introduction of the "Extra Sweet" pantry with speciality items that contestants must use in their desserts. There's also new monetary prize for the teams who win rounds one and two. They can choose between getting 15 more minutes added to their round three time or a $1,500 prize (separate from the $10,000 final prize).

The "Extra Sweet" pantry seems like one of the most intriguing format changes, as it introduces a bit of a Chopped element to the competition. In the trailer, we get glimpses of some of the specialty ingredients like hibiscus, guava, Grenadine, different nuts, and cricket powder. Yum? If the switch-ups add enough drama to the game and fans respond well, those changes could stick around for a fourth season, or new changes could be implemented down the road. Reality series love to keep their contestants and audiences guessing.

One thing that fans don't have to guess about is when Season 4 might premiere. Every year the series returns in July. Previous seasons have begun the casting process about six months prior in January of that year. Hopefully, by the time they're casting for Sugar Rush Season 4 in early 2021, the coronavirus pandemic won't be affecting production timelines as much and the series can go on to air in July 2021 as expected. There's also the possibility that fans will get another holiday special at the end of this year like they did in 2019 with Sugar Rush Christmas.

Sugar Rush hasn't officially been renewed yet for a holiday season or a fourth season, but considering that Season 3 was announced just days before its premiere date, it's likely that we also won't hear about a fourth season until it's almost out. Apparently the "rush" part of the show title only applies to all things sweet.

More like this
Love Is Blind’s Natalie Claims Shayne Signed Up For 'Perfect Match' While They Were “Still Together”
By Brad Witter
Everything To Know About A Potential 'Bling Empire: New York' Season 2
By Gretchen Smail
'Love Is Blind: After The Altar' Season 3 Has A Release Date & It's Very Soon
By Grace Wehniainen
Brittany Snow Files For Divorce From Tyler Stanaland After 'Selling The OC' Drama
By Grace Wehniainen and Radhika Menon
Get Even More From Bustle — Sign Up For The Newsletter
From hair trends to relationship advice, our daily newsletter has everything you need to sound like a person who’s on TikTok, even if you aren’t.