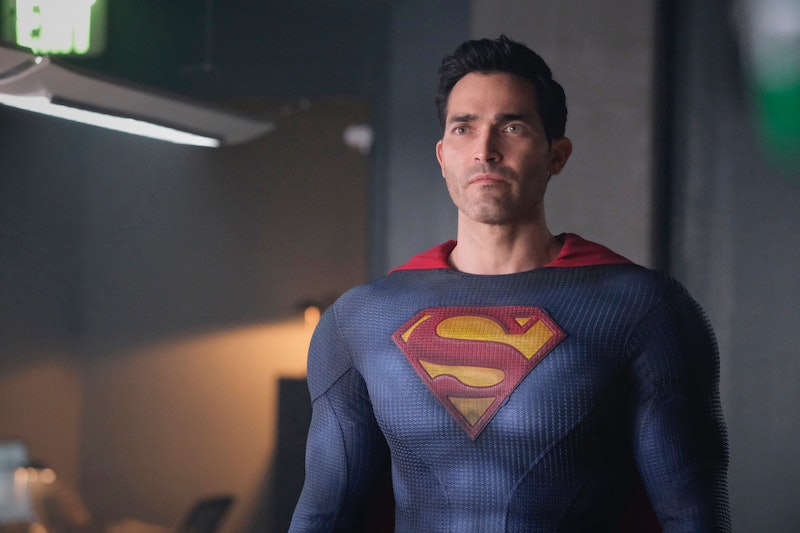 Superman & Lois got off to such a great start that the CW renewed it for Season 2 just a week after its first season premiere. According to Deadline, it was one of the fastest renewals for any series at the network. In comparison, The Flash was renewed two weeks after its 2014 premiere, and it’s now considered the flagship DC show.

Part of the reason the CW green-lit a second season so quickly was because the premiere episode drew in the network’s best primetime viewership since 2019, racking up nearly 3 million viewers across live and streaming within the first few days of its debut. “The phenomenal multiplatform debut of Superman & Lois, which delivered for us in a big way on both a linear and streaming basis, is a testament to the creativity, hard work, and dedication of the talented people who worked tirelessly in front of and behind the camera, especially in this challenging environment,” Mark Pedowitz, Chairman and CEO of The CW Network said in a statement to Deadline.

DC shows have historically been strong performers for The CW, and Superman & Lois introduces familiar characters in a fresh and unique way. It follows an older Clark Kent and Lois Lane as they leave Metropolis and move back to sleepy Smallville with their teenage sons. “The core of the show is rooted in this family and their struggles,” Elizabeth Tulloch, who plays Lois, told Entertainment Weekly. “You want it to be kind of grittier. You want it to feel grounded, and you want to really believe that what they’re going through, other people can go through too.”

Now those gritty family struggles and superhero antics will continue for another batch of episodes. Here’s what we know so far about Superman & Lois Season 2.

The CW hasn’t confirmed premiere date for Superman & Lois Season 2. However, Season 1’s schedule provides a rough idea. The show started filming in October 2020 and debuted in February 2021. The second half of the season was filmed until July 2021, with the finale airing on Aug. 17. If Season 2 is able to begin filming by October of this year, it’s possible that a new season could debut in February 2022.

Alternatively, The CW could decide to make Superman & Lois a fall 2022 show, similar to how The Flash usually airs in October (with the exception of Season 7, due to the pandemic). This would give them more time to produce the new season — as it’s still unclear how many episodes Season 2 would be — but would mean a much longer wait for fans.

It’s possible that Season 2 will feature some familiar characters from other DC TV shows, too. Showrunner Todd Helbing told TV Line that he wanted to do a Batwoman crossover in Season 1, but filming during COVID made that impossible. He’s hopeful that they’ll be able to include more Arrowverse crossovers in Season 2.

“We’ll see how this all pans out for next season. We don’t know what’s going to change [in Vancouver, where the show shoots] or not,” Helbing said. “We’re going to figure out what makes sense for our shows and for the others. We’ll see what we can do and what we can’t do, and then we’ll make our decisions based on that.”

While next to nothing is known yet about the Season 2 plot, ScreenRant surmises that a Flash villain could appear at some point. In Episode 14, Jonathan’s new love interest, Tegan Wickham (Kayla Heller) mentioned that her father was sent to prison in Central City, the metahuman epicenter where The Flash lives and works. While her dad could just be a regular criminal, the purposeful mention of Central City could mean an eventual cameo of Barry (Grant Gustin), Team Flash, or someone they’ve faced off against in the future.

A trailer for Season 2 has not yet been released, but this post will be updated as more details become available.

This article was originally published on May 24, 2021