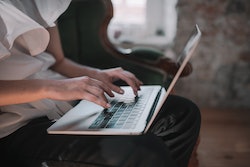 Even after six episodes (and one bonus Q&A episode) of being exposed to the web of sophisticated lies spun by Bhogal to entrap Assi into thinking she was “Bobby”, with whom she had a long-distance relationship over 10 years, listeners still have questions and are searching the internet for the latest Sweet Bobby updates and taking to Reddit to swap Sweet Bobby theories.

The decade-long web of deception began in 2009 when Assi, a 29-year-old radio presenter on a Punjabi station, was contacted on Facebook by Bhogal’s ex-boyfriend, JJ, asking for help on how to win her back. They began to message each other, then when Assi was told JJ had passed away from an allergic reaction, Bhogal – 13 years Assi’s junior – gave her the details for JJ’s brother, Bobby, so she could send condolences. He was someone Assi knew of from the West London Sikh community.

Keep reading for the top Sweet Bobby Reddit Theories that may provide the answers to all your burning questions.

Why did Kirat Assi fall for “Bobby” in the first place?

Popular Reddit community r/TrueCrimePodcasts has several threads about how Assi allowed the manipulation to take place, given that she had never met “Bobby”. It's important to note, as pointed out in the podcast, that Bhogal established an entire community of personas, including dozens of false identities, to back the character of “Bobby”.

It's also worth mentioning, that Bobby is a real person, with a wife and child, who was completely unaware of the lies and false life created for him by Bhogal and therefore, images of him were true images, just stolen and added to a false profile.

Who is Simran Bhogal?

Elsewhere, several Reddit threads are dedicated to discovering the identity of Simran Bhogal and where she is now. In 2020, Assi brought a civil action case against Bhogal which was settled out of court, and it seems since then Bhogal has wiped all traces of her identity (and her false identities) from the web. Some listeners have tried to put a face to the name, with a dedicated thread on the Subreddit r/UnsolvedMysteries, and further Subreddits, including r/SweetBobbyPodcast , where users have shared their own theories after plenty of sleuthing.

Due to the sensitive nature of the threads, and Simran Bhogal being a popular name, many of the comments have been removed by moderators, most likely to protect the identities of other Simran Bhogals, so her exact identity remains a mystery.

Where is Simran Bhogal now?

The Tortoise Media team behind Sweet Bobby successfully tracked Bhogal down for the podcast to explain her side of the story, but she never appeared on the show. Instead, she communicated via her lawyers with the below statement:

“As far as I’m concerned, this is a private family matter that has been resolved. I strongly object to the numerous unfounded and seriously defamatory accusations that have been made about me, as well as details of private matters that have been shared with the media.”

Per Mail Online, Bhogal still lives with her parents in North West London, and works in financial services, with some internet sleuths theorising that Bhogal was a Vice President at Barclays. However, Mostrous revealed in the final episode that he discovered that Bhogal “no longer works in her high powered job”, as “she left” between August 2021 and when the podcast went live.

Now that internet sleuths have debunked that Bhogal was a VP at Barclays, others have suggested that she left finance altogether, and changed her name after the podcast was released.

What happened to Simran Bhogal?

Assi successfully won a civil settlement against Bhogal which included an “apology letter” from Bhogal. In the letter, Bhogal described the matter as concerning “a family dispute over events that began more than a decade ago, when I was a schoolgirl,” she wrote via a statement issued by her lawyers.

“I no longer have any of the communication between myself and Ms Assi, and have not had any contact with her for a number of years,” Bhogal added.

Why haven’t we heard from Simran Bhogal?

Barring very minimal statements made via her lawyers, Bhogal has said very little since the podcast was released and the story of “Bobby” became public knowledge. There seems to be no information about Simran Kaur Bhogal online, and there are no social media accounts connected to her.

One Reddit user reckons Bhogal could have hired an ORM firm – an online reputation management firm– which “offers a broad range of services that are generally focused around monitoring and improving their clients’ online brands”, and set her accounts to private.

According to another user in the thread, when you search for Simran Bhogal, a copyright notice appears at the bottom of the search page stating that “some results may have been removed under data protection law in Europe”, which means that Bhogal has the “right to be forgotten”. Under the Court of Justice of the European Union, certain users have the “right to ask search engines such as Google to remove results for searches that include a person's name”. To qualify, the results shown would need to be “inadequate, irrelevant, no longer relevant, or excessive”.

Was Simran Bhogal ever prosecuted?

In 2020, Assi successfully brought a civil suit against Bhogal, for “harassment, misuse of private information, and data protection breaches” according to the Guardian, which was settled out of court. In addition to an “apology letter”, Bhogal agreed to pay Assi “substantial damages and her legal costs” per Assi’s solicitor Yair Cohen. However, a criminal case has yet to be brought against Bhogal, as catfishing is not a criminal offence in the UK.

During the final episode, Assi revealed that the original criminal case, which was initially dropped by Hounslow Police, may be reopened. Assi has since taken her case to the Independent Body of Police Conduct (IOPC), who believe that Hounslow Police “hadn’t properly considered Kirat’s evidence”. An appeal is currently underway and you can follow updates on Kirat Assi’s case against Simran Bhogal here.

More like this
A New Netflix Doc Will Explore The Unsolved Murder Of Jill Dando
By Sam Ramsden
Helena Bonham Carter Doesn't Think 'The Crown' “Should Carry On"
By Sam Ramsden
Everything To Know About The 'Daisy Jones & The Six' TV Series
By Maxine Harrison and Brad Witter
'Brookside' Is Coming Back & Soap Opera Fans Are Going Wild
By Sam Ramsden
Get The Very Best Of Bustle/UK
Sign up for Bustle UK's twice-weekly newsletter, featuring the latest must-watch TV, moving personal stories, and expert advice on the hottest viral buys.