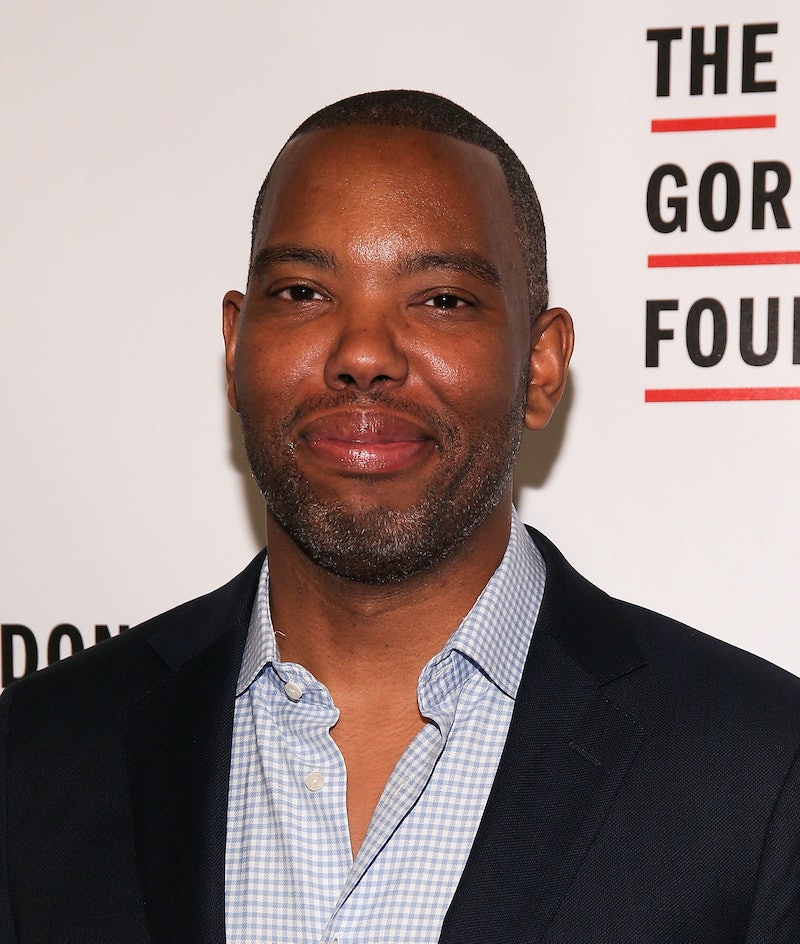 One of the most iconic superheroes of all time is getting a revamp, courtesy of an acclaimed author and journalist. Ta-Nehisi Coates is writing a Superman movie reboot to be produced by J.J. Abrams, according to The Hollywood Reporter. Sources tell the outlet that Coates will center his story around a Black Superman, following Henry Cavill's stint as the character in 2013's Man of Steel, 2016's Batman v Superman: Dawn of Justice, and 2017's Justice League. "To be invited into the DC Extended Universe by Warner Bros., DC Films and Bad Robot is an honor," Coates said in a statement to Shadow and Act. "I look forward to meaningfully adding to the legacy of America's most iconic mythic hero."

Coates, 45, is the author of Between the World and Me, which HBO adapted into a special program last year, and The Water Dancer, the film adaptation of which will be produced by Oprah Winfrey and Brad Pitt. He's also got roots in the comic book realm, having written for Captain America and Black Panther series. “There is a new, powerful, and moving Superman story yet to be told. We couldn’t be more thrilled to be working with the brilliant Mr. Coates to help bring that story to the big screen, and we’re beyond thankful to the team at Warner Bros. for the opportunity,” Abrams, who will produce alongside Hannah Minghella, said in a statement to Shadow and Act.

Coates also confirmed the Superman reboot news via his Instagram page. “Though I’m way overdue, I’d be starting anew...” he wrote, quoting Nina Simone's 1967 song, "Wish I Knew How It Would Feel to Be Free" alongside a photo of the Superman emblem.

Sources tell Variety that Coates' Superman is still in the beginning stages of development. Additionally, no director has been selected, and the casting process for the man of steel hasn't started. Back in 2019, Michael B. Jordan pitched his idea for Superman to Warner Bros., although that project never materialized. An interesting note: Jordan is set to star in the upcoming film Wrong Answers, which Coates is writing.

Whoever plays the role will join a long line of previous Clark Kents — all of them notably white and nearly identical-looking. Before Cavill's portrayal, Brandon Routh played the character in 2006's Superman Returns, and Christopher Reeve sported the cape for three films, beginning in 1978. As for TV, Tom Welling led The WB's Smallville, Dean Cain starred in the '90s series Lois & Clark: The New Adventures of Superman, and Tyler Hoechlin recently played Superman in episodes of Supergirl, Arrow, and The Flash.