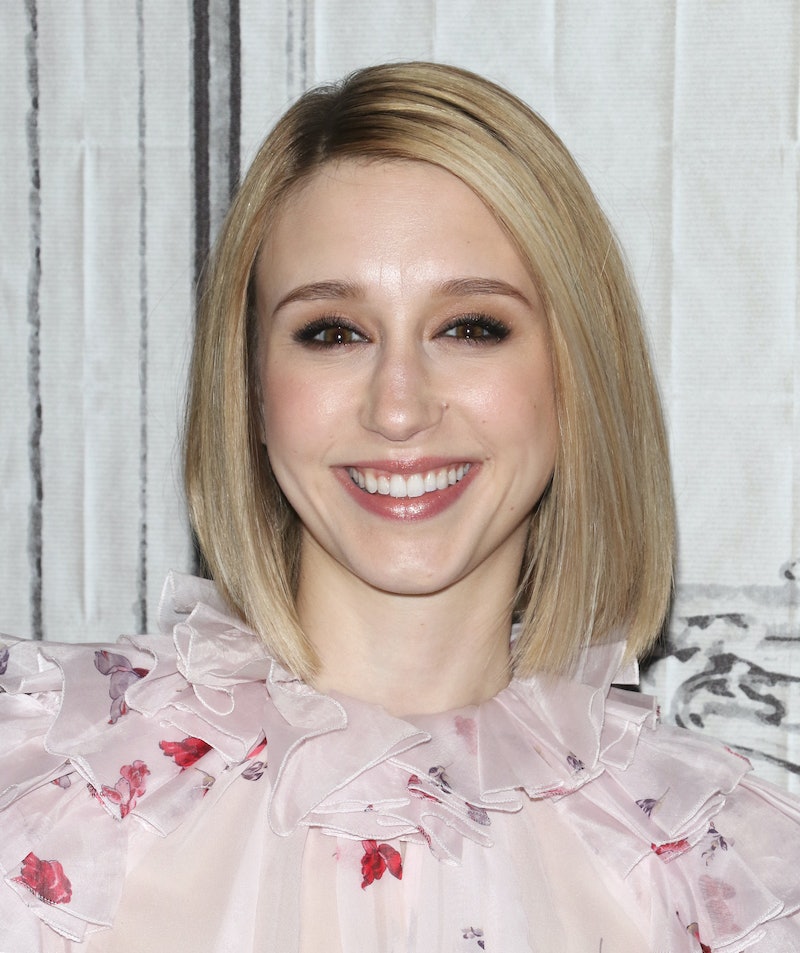 Surprise! American Horror Story vet Taissa Farmiga quietly married Hadley Klein this summer, only revealing it in a Nov. 27 Instagram post. "Married my best friend.08.08.2020," the actor captioned a wedding photo of the two posing next to their cake. Farmiga accessorized her white dress with a "Mrs." face mask and held up her left ring finger, while the filmmaker groom, wearing a black T-shirt, had frosting smeared on his face from the creation by Los Angeles pastry chef Nicole Redd-McInthosh. Klein, who's worked on such projects as Veronica Mars and Terminator: The Sarah Connor Chronicles, shared an identical image the same day, writing, "Still feeling thankful this year."

Upon further examination, it appears the wedding wasn't exactly a secret. In an Aug. 17 Instagram post celebrating Farmiga's 26th birthday, Klein referred to her as his "superhotbutalsocool wife." Then, after the actor posted a video of herself dancing in celebration of President-elect Joe Biden's victory, on Nov. 7 in Brooklyn, Klein commented, ""WAIT i'm married to those moves????? daaaaaaam [sic]."

Naturally, the couple, who E! Online reported have been dating for over four years, received an outpouring of congratulations on social media, including from Farmiga's fellow AHS alums. On Instagram, Billie Lourd commented with three red heart emojis, while Leslie Grossman wrote, "This makes me so happy!! So many mazels to you guys."

Then, on Twitter, Gabourey Sidibe, a bride-to-be herself, added: "TAIIIIIIIIIIIIIIIIIIIII!!!!!!!! Congratulations!!!!!! Pictures of you standing next to cake have always been my fave and this 1 is the best! Congratulations to you and Hadley!!!" Farmiga's response? "OMG HAHAHAH wedding cake is second only to our choc cake love you so much."

Secret or not, this couple certainly seems to have plenty to be thankful for this year, as they begin a new chapter in their relationship.

More like this
Michael B. Jordan Tackled His "Public Breakup" With Lori Harvey On 'SNL'
By Brad Witter
Who Is Pete Davidson Dating? He & Chase Sui Wonders Got Caught Kissing
By Jake Viswanath
RHOP’s Robyn Dixon Explained Why Juan Paid For Another Woman's Hotel Room
By Brad Witter
4 Surprising Celeb Throuples That Got The Internet Talking
By Sophie McEvoy
Get Even More From Bustle — Sign Up For The Newsletter
From hair trends to relationship advice, our daily newsletter has everything you need to sound like a person who’s on TikTok, even if you aren’t.