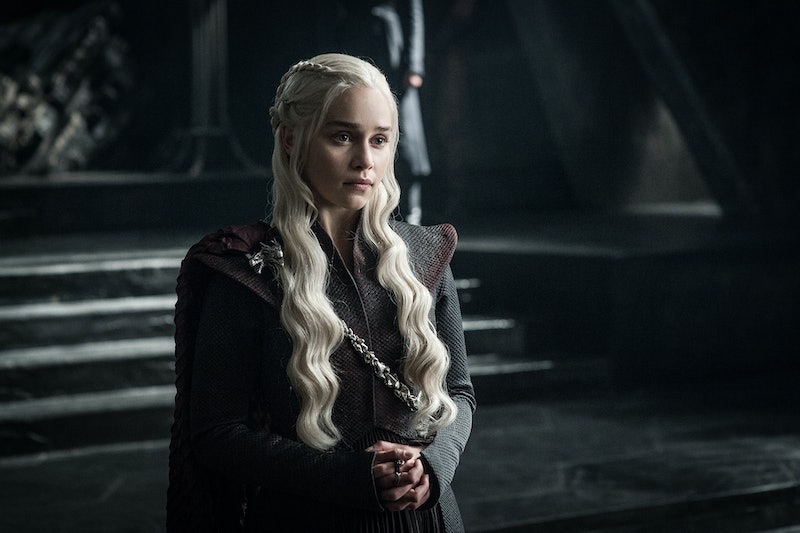 A Song of Ice and Fire is famous for its tedious and intricate family lineages. Even the most knowledgeable Game of Thrones fan might struggle with sorting out every power player's key contribution to the overall story, especially if they only have read the five books that make up the series. While Game of Thrones would eventually soar in popularity for casual and hardcore fantasy fans, its dense world tasked readers and viewers with many characters to remember.

Game of Thrones is the type of detailed fantasy that refuses to hold fans’ hands through its complex world. In comparison, House of the Dragon might be a little less complicated by maintaining a focus on the Targaryens and the civil war that will inspire much of the series’ plot. Still, there’s bound to be some confusion given the frequent reuse of names in Westeros. To make things easier, let’s break down part of the extensive Targaryen family tree.

A Brief Overview Of The Targaryen Family Tree

Of House of Valyrian descent, the Targaryens were a fearsome house that ruled for nearly three centuries before Robert Baratheon's rebellion, which took place 15 years before the events of Game of Thrones. The family’s greatest asset was their ability to mount dragons as Dragonriders, having a considerable advantage over the rest of the Seven Kingdoms. Their ruling began with Aegon I, best known in Throne’s lore as Aegon the Conqueror, the first Lord of the Seven Kingdoms and king on the Iron Throne. (His name is also familiar because he is Jon Snow’s namesake.) Most of the Targaryens’ stories have been told through fables, as their history is often framed as a cautionary tale.

Aside from Daenerys Targaryen and her brother Viserys at the start of Game of Thrones, the most we know of the Targaryens’ reign involves the stories about Daenerys’ father, King Aerys II, known as “the Mad King,” who would become the last member of House Targaryen to rule from the Iron Throne. Despite the family's dedication to inbreeding for the sake of keeping their lineage untarnished by outsiders' blood, it’s that incestuous history that ultimately poisoned many Targaryen rulers, with Aerys II suffering from it the most.

House of the Dragon explores the characters preceding Aerys II’s rule when the family’s war of succession started to brew 200 years earlier. Here is how Daenerys is related to the spinoff’s Targaryen characters.

The most surprising aspect of Paddy Considine’s role as King Viserys I is that he’s a decent and compassionate ruler. Compared to the stigma that’s followed the family in Game of Thrones, it’s a welcomed shift in characterization, even if it doesn’t bode well for the king. The successor to his grandfather, the Old King Jaehaerys, Viserys I was the first ruler of his name to sit on the Iron Throne but the fifth king of the Targaryen dynasty to oversee the Seven Kingdoms, ruling from 103 AC to 129 AC.

From the trailers thus far, Emma D’Arcy’s Princess Rhaenyra Targaryen is one of the most exciting introductions to the world, in addition to being a character who resembles the type of ruler Daenerys could have been. Milly Alcock will play the younger version of the princess.

Rhaenyra is the first-born daughter of King Viserys I, and she expects to follow in his rule through natural succession to become the kingdom's first queen regnant. She’s a master Dragonrider and King Viserys’s only living child from his first wife, Queen Aemma of House Arryn. Her half-brother, Aegon II, challenges her right to the throne and ignites the great Targaryen civil war, otherwise known as the “Dance of the Dragons.”

According to the Targaryen family tree, Princess Rhaenyra is a distant aunt to Daenerys. It will be interesting just how greatly D’Arcy’s Rhaenyra diverges from Clarke’s Daenerys, especially since the two characters had wildly different upbringings.

While fans of Matt Smith have seen him play darker characters after his star-making role as the Eleventh Doctor in BBC’s Doctor Who, his take on Prince Daemon Targaryen will be yet another major shift for the actor. Brother to King Viserys I, uncle to Princess Rhaenyra, and distant uncle to Daenerys, Daemon is a renowned warrior and Dragonrider who begins the series as the heir presumptive to the crown.

Perhaps the most significant “twist” to the character is his engagement to his niece Rhaenyra. While the previews have set up a dynamic that looks as if there will be tension between the family members as they vie to rule Westeros, Daemon actually ends up supporting Rhaenyra’s claim to the Iron Throne in the book. Whether the show changes their relationship or stays true to it remains to be seen, but fans will likely be as invested in these two characters as they were with Daenerys and Jon Snow.