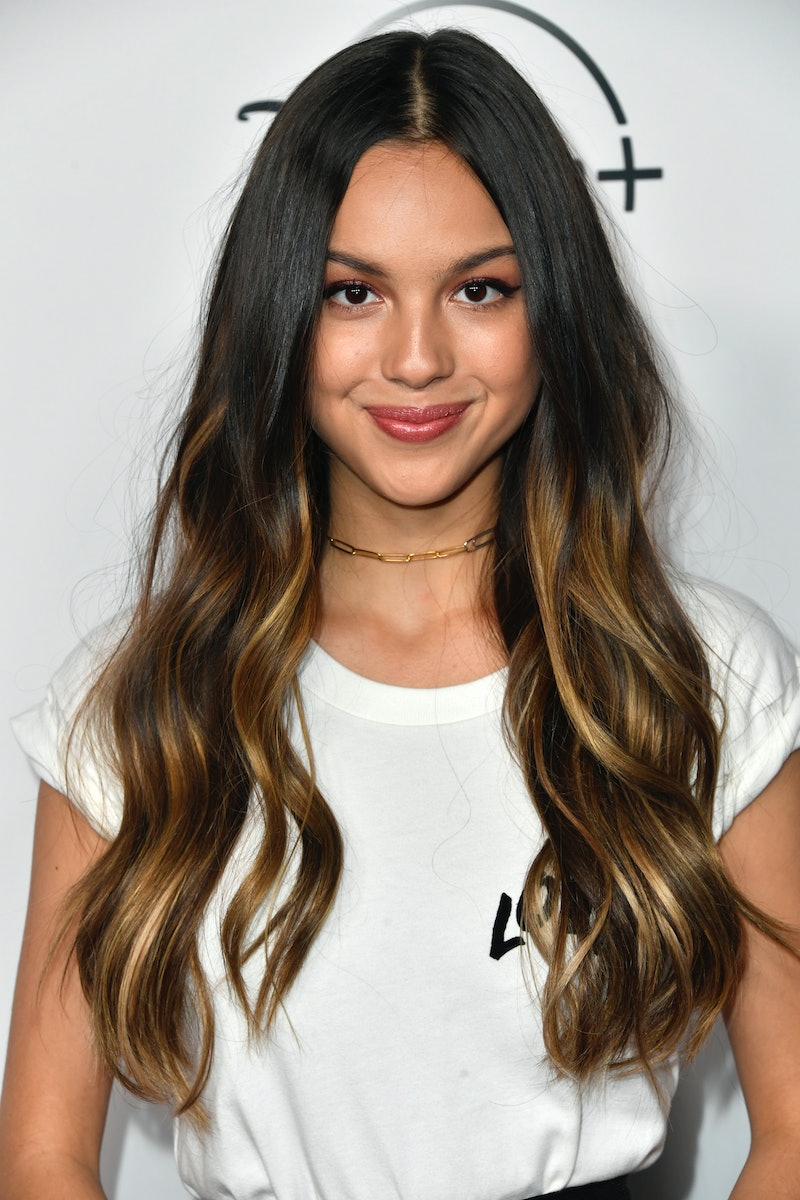 Olivia Rodrigo of High School Musical: The Musical: The Series fame released "drivers license" on Friday, and it's already amassed more than 25 million streams. The track has been a hot topic as it allegedly addresses relationship drama between Rodrigo and her costar Joshua Bassett — and also because it's an unconventional, emotional, and lyrically exquisite song for a 17-year-old artist with Disney roots to put out as her debut. No wonder it's sitting at the top of Apple Music and Spotify's global charts. It's also drawn comparisons to Taylor Swift, who gave Rodrigo a surprising shout-out on social media after hearing the song.

On Saturday, Jan. 9, Rodrigo posted a screenshot of "drivers license" sitting at #3 on the Apple Music chart, just below two of Swift's Evermore bonus tracks — though, "drivers license" has since surpassed both and nabbed the coveted #1 spot. "Next to Taylor on the US iTunes chart I’m in a puddle of tears," she captioned the photo alongside four crying emojis.

Taylor Swift herself then left a comment on the post, writing, "I say that's my baby and I'm really proud." Fans immediately noticed that the "Cardigan" singer used a quote from her own mother, which has been popularized among Swifties as a gif.

In true Gen Z fashion, Rodrigo responded to Swift in the form of an ecstatic TikTok video. Using the app's green screen function, she filmed herself in front of a screenshot of the two singers' Instagram exchange and soundtracked the clip with 17-year-old Swift's acceptance speech at the CMAs. "I can't even believe this. This is definitely the highlight of my senior year," Swift says in the audio. Rodrigo, 17, lip-synced along, reinforcing how monumental of a moment this is.

This isn't the first time Rodrigo has publicly expressed her Swiftie status. Back in April, the singer covered Swift's "Cruel Summer" for MTV's Alone Together Jam Session, and Swift reposted it to her Instagram Story, writing, "THE TALENT." As you may expect, the HSMTMTS star was quite excited.

"drivers license" is the first single from Rodrigo's forthcoming debut EP, which is set for release through Geffen Records later this year. Fingers crossed there's a Taylor Swift feature on it.