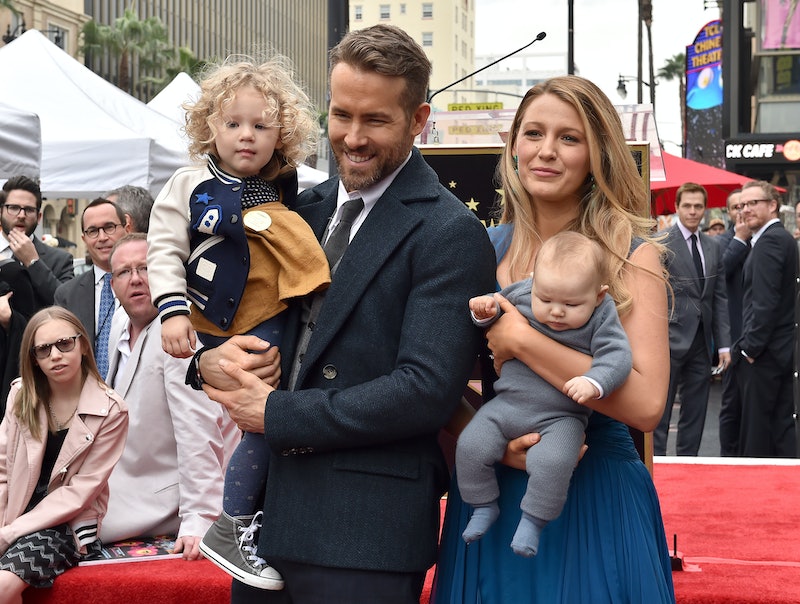 Jaws dropped and fans rejoiced when Taylor Swift announced she was releasing a new album of quarantine-created songs. Now that Folklore's officially dropped, fans have a slew of new songs to enjoy and in classic Swiftie fashion, analyze. But Swift may have dropped more than one bombshell with the surprise release of the album. Fans think Taylor Swift just revealed the name of Blake Lively and Ryan Reynold's third child with her song "Betty."

Swift, Lively and Reynolds have been friends for several years, with the couple attending her 2016 "Taymerica" 4th of July party and more recently, celebrating Swift's 30th birthday. The couple's oldest daughter James even cameos at the beginning of Swift's song "Gorgeous." Lively and Reynolds have three children: James, Inez, and a youngest daughter, whose name the couple have withheld from the public. In an interview with Today, Reynolds was asked about what he and Lively were planning to name their daughter. "We haven't yet, we're going to be original and... all the letters in her name are silent," he joked. But Swift fans think the singer's new song "Betty" may have just outed the youngest's name.

The theory's rooted in the fact the names of both older children are dropped in the song "Betty." "You heard the rumors from Inez/You can't believe a word she says," and "She said, 'James, get in, let's drive.'" While James is a frequently used name (and in the song could refer to a young man), Inez isn't quite as common. It could just be a coincidence, but fans are convinced that if two of the couple's kid's names are referenced, then the third must be as well. And the only other name in the song is Betty.

There's no official confirmation from Swift, Reynolds, or Lively about the rumor, and likely won't be, but Swift is prone to dropping Easter eggs. And the link between "Betty" and the Reynolds-Lively family is just one of the many theories rapidly cropping up about "Betty." But right now this is all just fan analysis, at least until Reynolds or Lively decide to reveal if Betty really is their third child's name.

More like this
The Ticketmaster Senate Hearing & Taylor Swift Tickets Debacle, Explained
By Jake Viswanath
Blake Lively Is Trolling Ryan Reynolds Again – Over Wrexham FC
By Sam Ramsden
Beyoncé Just Announced Tour Dates: Here's How To Cuff Tickets To Her 2023 Shows
By Jake Viswanath
Cardi B, Olivia Rodrigo & More Will Present At The 2023 Grammys
By Jake Viswanath
Get Even More From Bustle — Sign Up For The Newsletter
From hair trends to relationship advice, our daily newsletter has everything you need to sound like a person who’s on TikTok, even if you aren’t.