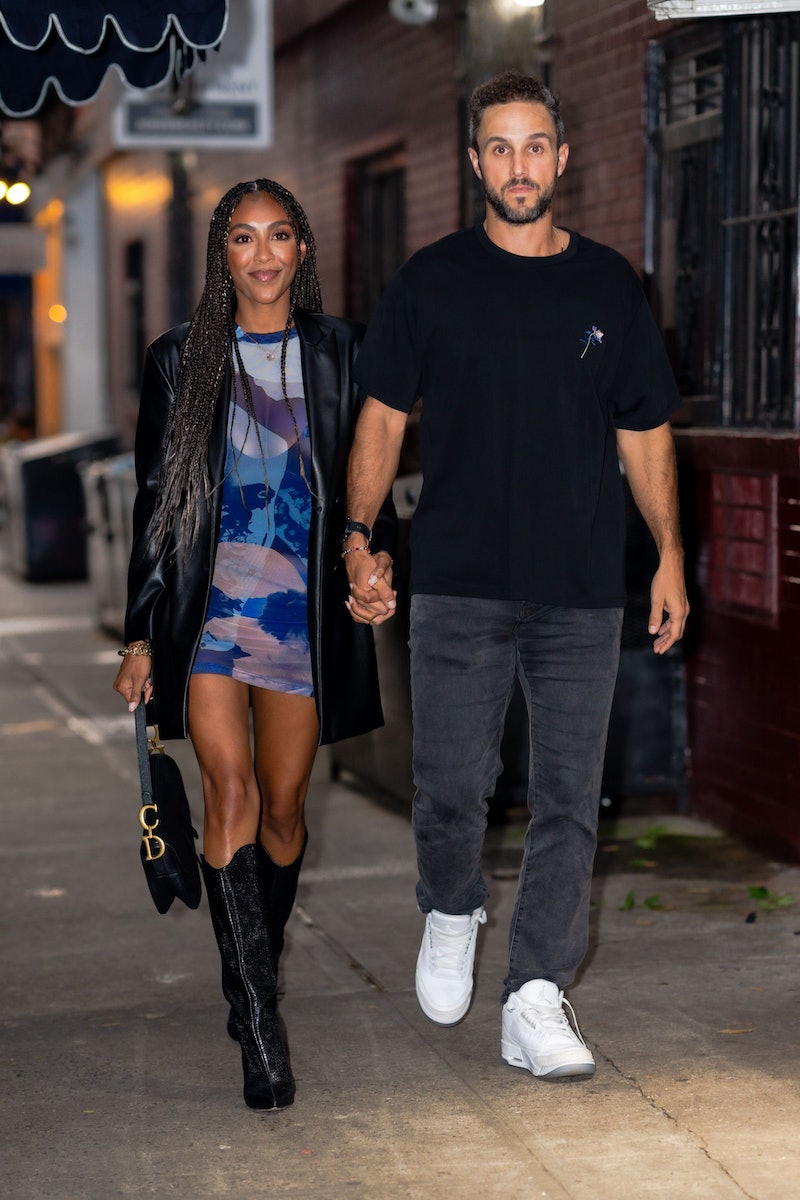 Former Bachelorette lead and current co-host Tayshia Adams shared that while filming Katie Thurston’s season of the series, she faced “hard” times with fiancé Zac Clark. The couple got engaged in the ABC reality dating series’ Season 16 finale and have seemed to be inseparable ever since. However, as in most relationships, the highs have apparently come with some lows.

Adams recently was a guest on an episode of The Ben and Ashley I. Almost Famous podcast, where she got candid about how being away from Clark while hosting The Bachelorette Season 17 impacted their relationship. “I think after that, it was kind of like we need to remember why we were with each other,” she said. “And I think that that’s absolutely normal. It’s hard to be in a new relationship and then kind of go away for a couple of weeks, you know what I mean? And this is me being real and honest.”

The 30-year-old TV personality didn’t get into the details of their hardships, sharing, “People don’t need to need to know our story.” Still, she followed that note up with some wisdom she’s learned along the way. “I think people need to know that even when two people are heavily in love, you still go through things,” she added. “Like, OK, we need to remember where we came from.”

She went on to share that the process of going back and “reminiscing” on what brought them together in the first place made their relationship stronger. The two recently renewed wishes they made together during their time The Bachelorette as part of their one-year anniversary celebration. The reality TV star also shared that Thurston’s journey on the current season of the show brought back tender memories of her own experience.

“For me, I’m not going to lie, because it was so close to my season, I feel like I kind of was in my feels a lot of the journey. I would even text Zac and be like, ‘I’m thinking of us through this thing.’ ‘I’m thinking of how you kind of stressed out, like, [with me] going on a date or how I was feeling,’” she shared. “It was tough for me, I was crying a lot.” She’ll have to keep those tissues handy since it was recently announced that she’ll be co-hosting Michelle Young’s season of The Bachelorette as well.

Though the couple did recently share one-year anniversary tributes on Instagram, Clark and Adams have kept the details of when and if they’ll tie the knot soon under wraps. Adams told Marie Claire in February that they have “no timeline” when it comes to walking down the aisle. She noted that they’re “back and forth” on when they want to do it, but “it’s definitely going to happen.”

More like this
Why Wasn't Teddi At The 'Bachelor In Paradise' Reunion?
By Brad Witter
Miriam Haart & Girlfriend Nathalie May Have Broken Up After 'My Unorthodox Life'
By Brad Witter
Yes, That Is Victoria & Another ‘BiP’ Alum In Zach’s ‘Bachelor’ Trailer
By Kadin Burnett and Grace Wehniainen
Who Is Pete Davidson Dating? He "Courted" Emily Ratajkowski At A Knicks Game
By Jake Viswanath
Get Even More From Bustle — Sign Up For The Newsletter