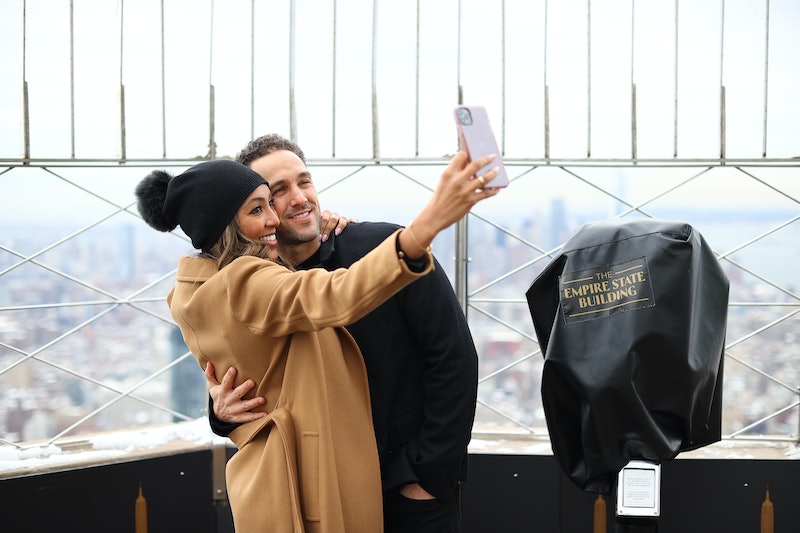 Life after The Bachelorette is not quite as rosy as it is on the show — just ask Season 16 winner Zac Clark. On Thursday, April 8, Clark spoke candidly to Us Weekly about the challenges he and Tayshia Adams faced since getting engaged. And although finding love on a reality TV series certainly isn’t for everyone, the 37-year-old addiction specialist was very clear about why the process worked so well for him.

“Naturally, it’s for all the reasons that people say it shouldn’t work. Because it’s so quick and all that stuff. And I hear that,” he told the outlet. “There’s also a lot of reasons why, for me, it does work. ‘Cause you put the cell phone down, there’s no distractions, your conversations are very, like, pointed and structured and you really give yourself — like, for me, I gave myself that opportunity to kind of really explore what love was and what this relationship could be.”

Clark went on to explain that while the show allowed him and Adams to create a “strong foundation,” there was still a lot of work they had to do afterward to maintain their connection. “Then it’s about, like, digging in together and getting to know each other and understanding each other’s lives,” he continued. “We’re both passionate, driven, busy human beings. And with that, we need to remind ourselves to work each other into it and we’ve done [that]. So yeah, a couple months after, there was some ups and downs, of course, and, like, well-documented, but at the end of the day, it’s all good right now.”

Clark’s relationship update will likely come as a relief to many Bachelorette fans, especially considering the breakup rumors that have been plaguing the couple for the past several months. In March, Adams took to her Instagram Stories to reassure her followers that everything was absolutely fine. “Not gonna lie, I don’t like getting DMs putting this weird energy into the universe lol,” she wrote. “I love that there’s so much love and support around our relationship but please don’t put unnecessary rumors/pressure on us.”

That wasn’t the first time Adams shot down breakup rumors, either. In a February interview with Marie Claire, the 30-year-old former Bachelorette said that she’s "not at all thinking about [ending the relationship].” However, she also revealed that she and Clark are in no rush to get married. “At first, Zac was the person to be like, ‘We could get married next week.’ And I was like, ‘Slow your roll.’ I’d love to date a year. And now I’m like, ‘You want to … maybe next month?’ And he’s like, ‘Tayshia, slow your roll.’ We're back and forth,” she revealed. “But there's no timeline. It's definitely going to happen. I just don't know when.”

Despite not rushing down the aisle, the soon-to-be Bachelorette co-host couldn’t help but swoon over her fiancé. “I feel like I'm obsessed with him at this point, which is weird to say because I don't like to sound so cliché, but he's very much everything I need,” she told the magazine. “I have an issue with trust. He's teaching me to get that back. At one point, nobody trusted him as an addict. I took a chance on him. We’re very complementary to one another.”

More like this
'Bachelorette' Vet Clare Crawley Unveiled 2 Special Wedding Day Accessories
By Stephanie Topacio Long
Hannah Ann Got Engaged 3 Years After 'The Bachelor' & The Proposal Was Dreamy
By Grace Wehniainen
Zach Reveals The Chaotic 30 Minutes That Were Cut From ‘The Bachelor’ Premiere
By Grace Wehniainen
Kylie Jenner Clarified How To Pronounce Her Son's New Name
By Jake Viswanath
Get Even More From Bustle — Sign Up For The Newsletter
From hair trends to relationship advice, our daily newsletter has everything you need to sound like a person who’s on TikTok, even if you aren’t.