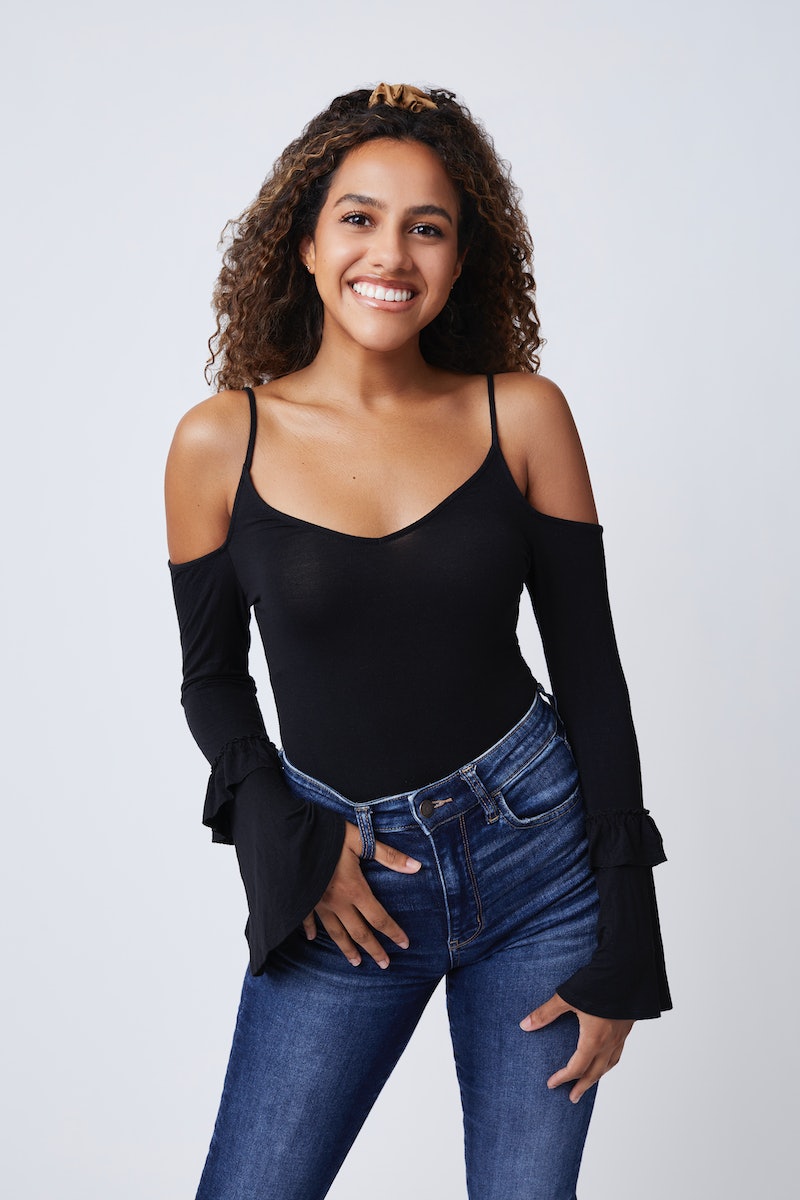 It’s no secret that Bachelor Clayton Echard hits it off with Teddi Wright right away. The trailer for his season included a quick glimpse of the two kissing, and ABC released an extended clip of the scene on Jan. 1. “I don’t know what it is. It’s something about you,” Clayton tells Teddi before leaning in for a kiss on night one as the other women watch from afar. In an interview segment afterward, Clayton gushes that kissing Teddi made him feel like he was on cloud nine. “Cloud 10, if you can even get there. I mean, I felt that spark. Wow. Chills,” he says.

This undoubtedly earned points with Teddi, whose ABC bio says she’s “all about that instant connection.” The network describes the 24-year-old Highland, California native as a “catch” who’s “beautiful, smart, and a total hopeless romantic who is ready to find her soul’s counterpart.” Her only shortcoming? She’s so clumsy that she once received first-aid items as a Christmas gift. “My family always wants me to be prepared, just in case,” Teddi joked in a Bachelor promo video. (Exhibit A: a 2017 Instagram video of her falling out of a hammock.)

Though Teddi says she has a “love-hate relationship” with Los Angeles, she appears to be every bit a California girl who’s happiest at the beach and will “never get tired of sunsets.” Other fun facts: she could eat pasta for every meal, was terrified of ladybugs as a child, and loves massages. Here’s everything else to know about Teddi ahead of the season premiere.

Teddi’s Job Is In Healthcare

Teddi passed the National Council Licensure Examination (NCLEX) to get her nursing license in February 2020 and now works as a surgical unit nurse in California. “Will only answer to ‘Teddi Wright RN, BSN’ from now on #registerednurse,” she captioned an Instagram post at the time. Months earlier, she wrote about the challenges of being in nursing school and how her Christian faith guided her through it. “Being in the nursing program surrounded by people who are all getting roughly the same grades as you, all called by God to be there, and all incredibly smart & personable can be daunting in comparison when we fail to remember who we each are to Him,” she captioned a July 2019 Instagram post. “Thankful for the friendships nursing has given me and daily reminders that we don’t need to compete with one another, God already has each of our blessings set aside. Wanting to lift each other up is not going to make us fall below but instead gonna let us rise higher with our best friends!!”

With less than 50 posts on her Instagram page between now and when she joined the platform in 2015, Teddi doesn’t appear to be particularly active on social media. When she does post, however, it’s usually about her family or the beach. She used her first Instagram post to wish her mom, Tonja Wright, a Happy Mother’s Day, joking that nobody believes they’re biologically related. A few years later, she shared a funny anecdote about her mom not liking photos of her with her tongue sticking out.

Teddi has also shared plenty of picture of her dad, personal trainer Eddie Wright. He was front and center when she qualified for track and field nationals in 2015, though she joked that watching him reenact her jumps “might have been better ([and] definitely funnier)” than the honor itself. In other posts, Teddi has referred to her sister Kayla Jo Diggs as her “bff.”

What Teddi’s Looking For

Though ABC notes that Teddi grew up in a strict Christian household, she also “lives by her own rules” — which apparently includes going skinny dipping late at night with her ideal partner. She’s also serious about forming deep connections and has no interest in settling. “Teddi is ready for the real thing and just wants to share her heart with someone who truly deserves it,” her bio reads. Only time will tell if Clayton is that person.