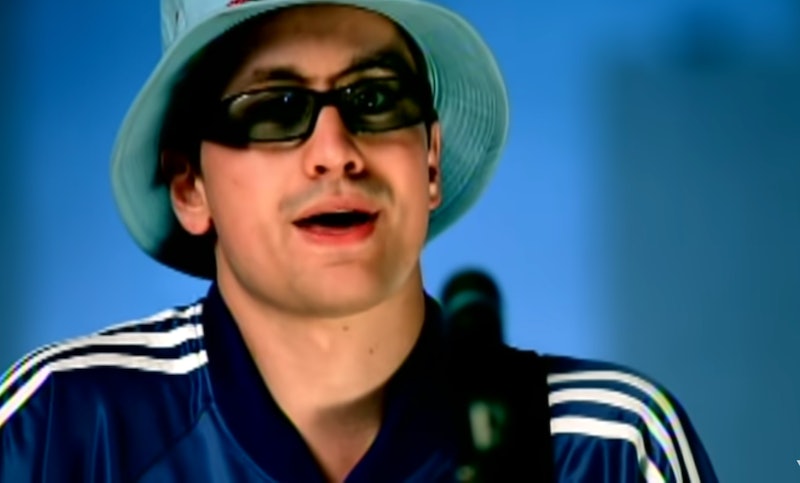 There’s nothing quite like singing along to your favourite record, only to realise that you’ve misheard the lyrics. Let’s be honest, we’ve all been there more than once. And it can even happen with a song you’ve been singing for decades. Take “Teenage Dirtbag” for example. The hit 2000 track from rock band Wheatus is a cult classic, still appearing on TV shows and films to this day. But it may well be that you’ve been singing a certain line wrong this whole time.

That was certainly the case for Bustle’s Senior Editor Olivia-Anne Cleary, who previously took to Twitter to reveal that she had been singing “he drives and I rock” instead of “he drives an IROC” for over 20 years. Why? Well, as a child she didn’t know what an IROC (a car popular in America in the early ‘00s) was, for starters.

However, when she tweeted about the misheard lyric, she got a response from Wheatus’ official Twitter profile. Brendan B. Brown, the band’s only remaining founding member, who wrote “Teenage Dirtbag,” revealed that he’s more than happy for people to belt out the alternative line.

“It does not need to be period correct. ‘He drives and I rock’ is an officially approved substitution,” he said. So there you have it.

In response, one fan admitted: “I remember having an argument with a boy in school over the correct lyrics. Obviously far more interesting than whatever lesson we were having at the time.”

Brown went on to reveal that he originally discussed the potential double entendre for the lyric four years before the song's release.

“This convo started in '96 when I played it for my sister,” he explained. “I decided the character wouldn't have that much confidence, but that the confusion could eventually be interesting... and here we are.”

And it’s not only “Teenage Dirtbag” that’s tripping people up. Britney Spears’ commonly misheard lyrics are amusing, to say the least. Not to mention these Taylor Swift’s “1989” songs, which have taken on a new meaning due to people not quite catching the correct words.

This article was originally published on June 21, 2022