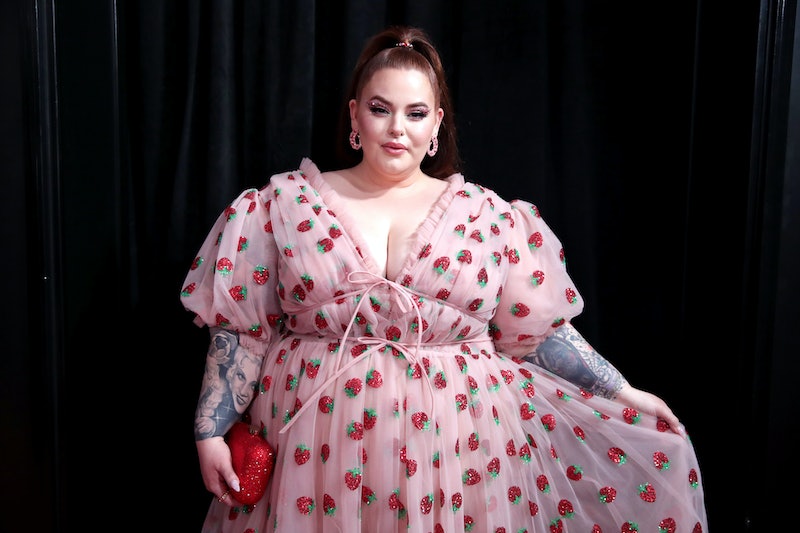 After struggling with disordered eating for most of her life, Tess Holliday was diagnosed with anorexia by a psychologist and is in recovery, as she recently shared on social media. Opening up about her diagnosis to Good Morning America on May 6, the body-positive activist and model described the swift criticism she received online. Yet even as she discussed negative comments from people questioning her, Holliday continued to call for diversity and representation.

“I’ve had a lot of messages from folks that are anorexic that are livid and angry because they feel like I’m lying,” the mom to sons Bowie, 4, and Rylee, 15, explained. “I am plus size but advocating for diversity in larger bodies, and so I think for people hearing me say I’m anorexic was really jarring.”

She understands that people don’t see her as fitting “what we have seen presented as the diagnosis for anorexia,” but says she believes that points to “a larger problem ... that we have a lack of diversity and representation in the world.” According to the National Eating Disorders Association, a restrictive eating disorder does not have “a look,” and the only difference between a diagnosis of anorexia nervosa and atypical anorexia is weight. In short, the disorder does not discriminate, nor is it always visible.

In Holliday’s case, the eating disorder manifested in what she described as wearing “a badge of honor” that people in her life would say they ate more than her, despite her always believing she over-ate. Now, her dietitian Anna Sweeney has her focusing on eating three meals a day, and she’s also been doing Pilates to stay healthy. “I actually feel like I can take on the things that life is throwing my way, and I have been happier in the last six months through my recovery than I’ve been in my entire life,” Holliday added on GMA. “I feel whole, I feel at peace, I really feel in my power.”

Following the interview, Holliday took to social media to explain that the past few days had been some of her “toughest” since becoming a public figure. “The hate has been overwhelming, but the messages from those of you that felt seen, validated, & loved far outweigh the critics,” she wrote to her more than 2 million Instagram followers, alongside a video of the GMA appearance. “I’m responding to as many of y’all as I can, but I will be taking a little social break after this to focus on my own mental health. Just remember that having an ED isn’t shameful & you deserve respect & love regardless of where you’re at in your journey with your body. Love y’all.”

More like this
Jameela Jamil Defends Sam Smith After Trolls Body-Shamed Them
By Jake Viswanath
I Tried Kendall Jenner's No-Pants Look As A Plus-Size Woman
By Sarah Chiwaya
Gigi Hadid Gave Up One Surprising Thing After Having A Baby With Zayn Malik
By Alyssa Lapid
All The Best Celebrity Reactions At The 2023 Grammys
By Brad Witter
Get Even More From Bustle — Sign Up For The Newsletter
From hair trends to relationship advice, our daily newsletter has everything you need to sound like a person who’s on TikTok, even if you aren’t.