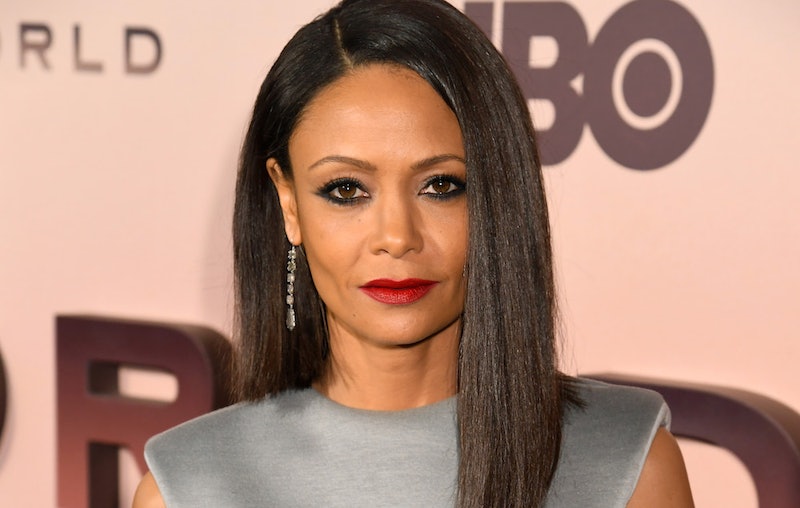 In an honest conversation that touched on race and Hollywood, Thandie Newton opened up about colorism during the earlier stages of her career. The Westworld actor spoke to Vulture in an interview published on July 7, aptly titled “Thandie Newton is Ready to Speak Her Mind,” about some of the earlier film roles, admitting she’s “embarrassed” at how some of her career has portrayed Black characters. She even reflected on the ways she may have misrepresented African Americans on screen.

Speaking of her role as Sally Hemmings, Thomas Jefferson’s slave, in the 1995 historical drama Jefferson in Paris, Newton, who is biracial, admitted she sees why people might have been upset by how the film portrayed Jefferson and Hemmings' relationship. “I know the nature of this business has had me play roles that I’m embarrassed I played,” Newton said. “It’s had me misrepresent African Americans. Because I didn’t know. I have not been of great service in my career. I guess it’s been of service in one respect, because there’s a person of color in a movie, but that can do more harm than good — let’s face it.” She then touched on her experiences with colorism. “I was perceived in so many different ways, and it was always about the individual who was perceiving,” Newton said. “It was very much on the spectrum of, ‘Is she Black enough, or is she too Black?’”

According to Newton, she had to lighten her skin for her role as Sally Hemmings — whereas she had to darken her skin for her role in the 1998 drama film Beloved opposite Oprah Winfrey. She then recalled some mutterings online when she was cast in the 2013 drama Half of the Yellow Sun, based on Chimamanda Ngozi Adichie’s novel of the same name, due to her light skin. “Nowadays, there is regret for me,” Newton said. “I recognize how painful it is for dark-skinned women, particularly, to have to deal with being substituted or overlooked."

She continued, “For example, you watch Queen & Slim. I look at Jodie [Turner-Smith]. Or, you look at Lupita [Nyong’o]. To see a woman of color, to see that dark skin, that beautiful chocolate skin, my mother’s skin, onscreen.” Newton added, “It’s holy. I do see so clearly why there’s been so much deep disappointment.”

Newton, who is half white, also touched on being mixed race. She told Vulture, “All my f*cking career, I felt like, to Black people, I’m not a legitimate Black person.” This isn't the first time the actor has been vocal about her mixed-race identity. In 2014, she penned a personal essay for The Telegraph that critiqued the beauty industry’s ability to provide shades for all types of skin. Citing her daughter's venture into makeup, Newton wrote, “What I started to think at that young age was, ‘I'm the mistake that can't be provided for.’ Now I know who I am.” She continued, “I've travelled around the world and I'm more able to say, ‘The problem is with them, the industry.’ My skin isn't ‘specialist’ skin. But it has taken a long journey to get to this point.”