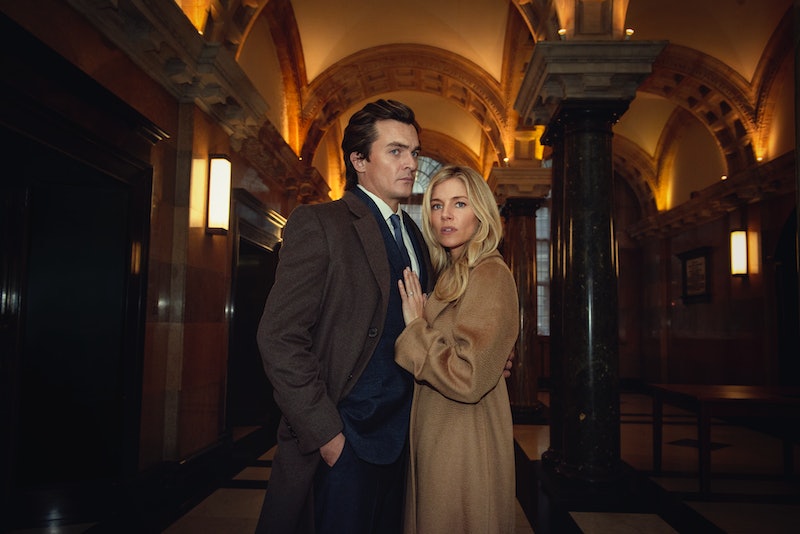 Major spoilers ahead for Anatomy of a Scandal Season 1.

Much like the new Netflix adaptation, Sarah Vaughan’s 2018 Anatomy of a Scandal book ends with one final plot twist. After British Member of Parliament James Whitehouse (played by Rupert Friend in the six-episode psychological thriller) was found not guilty of raping his aide Olivia Lytton (Naomi Scott), justice took place outside the courtroom as his seemingly perfect life with wife Sophie (Sienna Miller) and their two children began to crumble.

Despite the not guilty verdict, Sophie remained disturbed by all the courtroom revelations that pointed to her husband’s pattern of sexual assault. Realizing that James had also raped Holly, aka Kate Woodcroft (Michelle Dockery), during their college days at Oxford in 1993 — and that he’d never take accountability — she alerted the press to the true story behind the drug-related death of Alec Fisher, a friend of James and Prime Minister Tom Southern (Geoffrey Streatfield); they’d covered up their involvement on the same night as the sexual assault.

The novel concludes with Kate reflecting on her tough loss in James’ case but explained that Sophie had swiftly divorced the disgraced politician, who already had a new, young girlfriend. However, in a moment of poetic justice, she reads a headline that the police were questioning the prime minister for his role in Alec’s 1993 Oxford death and that they intended to interview James next. Though he escaped legal punishment in the rape case, the late revelation of James’ other dark secret was hinted at bring about his final downfall, though the consequences are left to the reader’s imagination.

Viewers are unlikely to see the story play out any further on screen either, as Anatomy of a Scandal has been billed as an anthology series, focusing on a different topic each season. Though Vaughan has worked as a courtroom correspondent and political journalist — and both experiences informed the story in her novel — the Whitehouse story isn’t based on one specific case.

“While courtrooms and murder investigations helped me to write a thriller, it was through becoming a political correspondent that I became even more conscious of power, privilege and entitlement — all issues at the heart of Anatomy of a Scandal,” she explained after her book was published. “I watched charismatic, psychologically complex characters at work — and saw how the truth could be obscured.”

In the meantime, Vaughan’s latest novel, Reputation, another politically centered psychological thriller, is already being developed into another TV series with the Anatomy of a Scandal producers. “It seemed only right that when I wrote another novel about misogyny, and the acute pressures women in public life, and teenage girls, ... I entrusted it to them,” Vaughan said in a February 2022 statement via Deadline. “I can’t wait to see how they bring my characters to life.”

More like this
The Song At The End Of 'The Last Of Us' Ep 1 Has A Deeper Meaning
By Sophie McEvoy
'The Crown' Season 6 Has Suspended Filming "Out Of Respect" For The Queen's Death
By Bustle Staff
Ozzie’s Coming Out Scene With Kitty On 'That ’90s Show' Has Twitter Sobbing
By Brad Witter
Everything To Know About 'Cobra Kai' Season 6
By Brad Witter
Get Even More From Bustle — Sign Up For The Newsletter
From hair trends to relationship advice, our daily newsletter has everything you need to sound like a person who’s on TikTok, even if you aren’t.