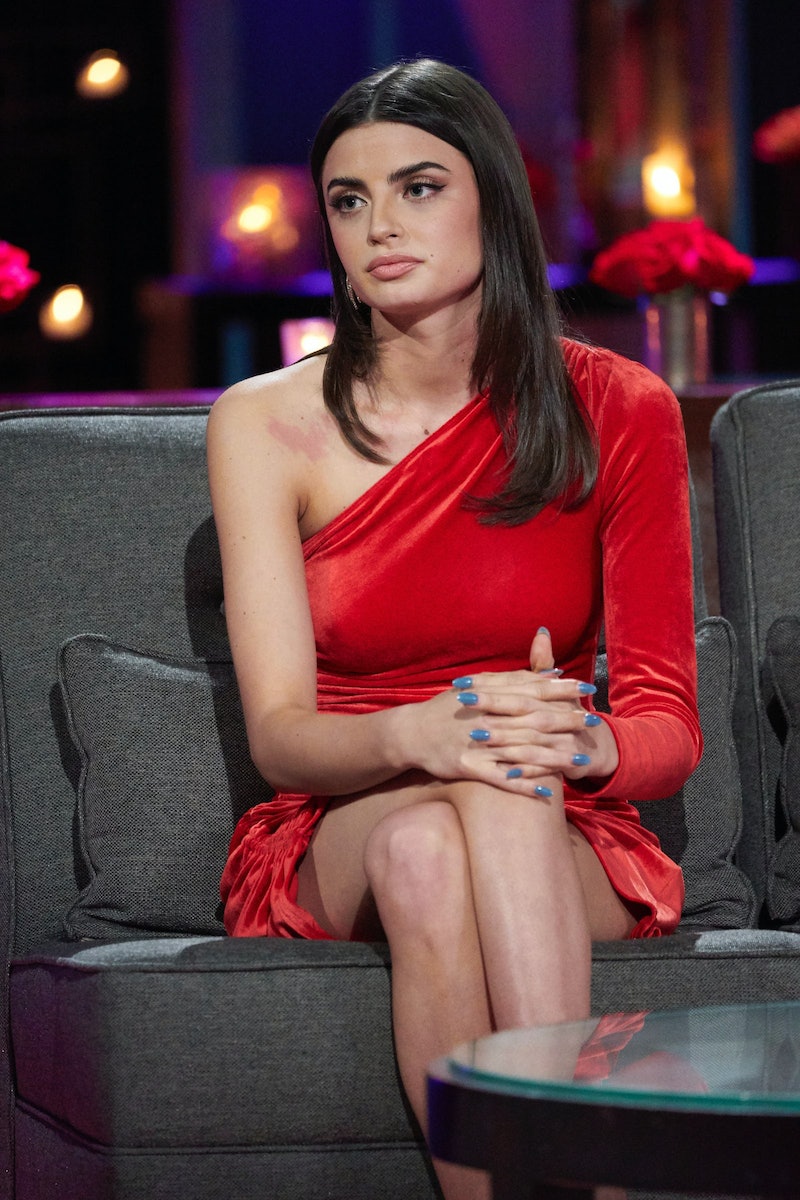 Rachael Kirkconnell isn’t done talking about the scandal that rocked Bachelor Nation earlier this year. As Season 25 of The Bachelor was airing, the 24-year-old faced a ton of backlash for racist photos that surfaced of her at an antebellum-themed party in 2018. Shortly after, fans unearthed additional images of Matt James’ frontrunner dressed in a Native American costume. At the time, Kirkconnell stayed mum about the photos. However, during an Aug. 30 appearance on From Privilege to Progress’ “Unscripted Live,” the final rose winner said that waiting to make her apology was a big mistake.

“I had a lot of people in my ear saying, ‘You’ll have your time. Don’t make it worse. You’ll have your time to speak. We’ll give you a platform. Just wait it out,” Kirkconnell told co-hosts Michelle Saahene and Melissa DePino. “I felt pressure to just keep it all in, to wait, to stay silent.” On Feb. 11, Kirkconnell finally addressed the controversy on Instagram, admitting that the photos were “wrong,” “ignorant,” and “racist.” “I am ashamed about my lack of education, but it’s no one’s responsibility to educate me,” she wrote at the time. “I deserve to be held accountable for my actions.”

It didn’t take long for Kirkconnell to realize that her apology wasn’t cutting it. “Anyone could have written that statement, which a lot of people had thought,” she said. “People were like, ‘Wow, her publicist did great with this.’ That’s when I was like, it’s not enough.” At the same time, the former Bachelor contestant’s relationship with Matt James was reaching its “breaking point.” “That’s when we had split up right towards the end of February and that same week, I was like I have nothing left to lose at this point so that’s when I just decided to post an IGTV of me just speaking,” she explained. “I have to get my voice out there and put my face out there.”

In the nearly eight-minute-long video, Kirkconnell not only doubled down on her apology but asked people to stop defending her. “If you are in my comments or defending me anywhere, telling people that I did nothing wrong, that there’s nothing to be hurt about, there’s nothing to be angry about or offended about, please stop,” she said in the clip, which was posted on Feb. 25. “That’s not our place to tell people what they can or can’t be offended about. That’s wrong and that’s part of the problem, so please stop saying that I did nothing wrong. That’s not true.”

During her recent appearance on “Unscripted Live,” Kirkconnell said that she “needed to be held accountable” for attending that plantation-themed party. “That dress and the history of that formal was racist and I was completely ignorant to that,” she said. And now, the graphic designer is trying to use her platform for good. “I’ve learned so much and I try to tell myself, you do have this platform and you could make a difference,” she added. “I have a platform to pave the way for people to find those resources. I have a platform to amplify those resources.”

Although this year has been a challenge, things are looking up. In May, James told WSJ that his relationship with Kirkconnell was back on. “It’s on people who care about being allies to do the work to be truly antiracist,” he said. “And I think it’s unfair to leave people without the ability to unlearn and be better.” Kirkconnell, for her part, knows that not everyone will forgive her like James has. “I wanted to apologize and for some people, that won’t be enough and I completely understand that,” she said. “People are more than entitled not to forgive me, but that was my rock bottom. I had lost everything.”