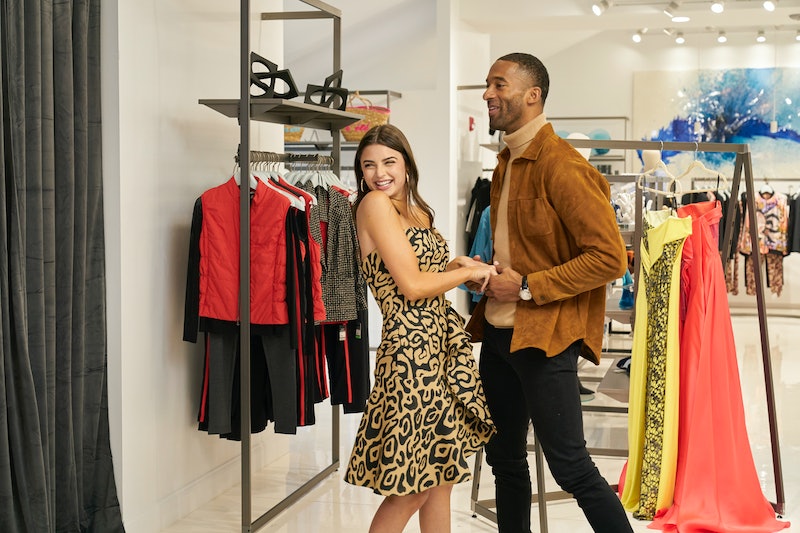 Rachael Kirkconnell may have earned Matt James’ final rose, but she didn’t get the fairy tale ending she was hoping for on The Bachelor. During the After the Final Rose special, Matt revealed he and Rachael broke up after filming wrapped and following her racism controversy.

Though the two were happy for a time after the show, once photos of Rachael attending an antebellum-themed fraternity party in 2018 surfaced on social media, things took a turn. (On Feb. 11, Rachael apologized for her “offensive and racist” actions in a statement on Instagram). Matt initially defended the 24-year-old when her racist social media activity first began to circulate, but he explained that he ultimately felt he needed to take a step back from the relationship for both his and Rachael’s sake.

“You hear things that are heartbreaking and you pray they’re not true, and when you find out that they are, it just makes you question everything,” he said of learning about the photos for the first time. “As someone who grew up in the South, it makes me think about things I don’t want to think about … When she spoke out and she acknowledged and apologized for everything, that’s when I was able to take a check on myself. And I wasn’t OK. It was in that moment and in the conversation that I realized Rachael might not realize what it means to be Black in America.”

While Matt clearly still has a great deal of affection for Rachael — admitting that his feelings for her didn’t “just go away” — he ultimately realized that her willingness to participate in things like the antebellum party meant that they couldn’t be together. “If you don’t understand that something like that is problematic in 2018, there’s a lot of me that you won’t understand, and it’s as simple as that,” he said.

Matt reiterated those feelings to Rachael when she joined him onstage not long afterwards. “The most disappointing thing to me was having to explain to you why it was problematic and why I was so upset,” he said, referring to the conversation where he decided to end the relationship. “When I’m in a relationship, it means I’m committed to that person, and commitment to me means being on track to get married. And so when I questioned our relationship, it was in the context of you not understanding my Blackness, and what it means to be a Black man in America, and what it would mean for our children.”

Rachael, for her part, apologized to Matt for the situation and how much it hurt him. “I really do think that our relationship was very strong and the love that we shared was real, so for you to end things, that must have been really hard for you,” she said. “I just wanted to say I’m really sorry for not understanding that initially, and that I’m really sorry that I hurt you.”

She then admitted that she will probably “always love” Matt, but he tearfully made it clear that it’s unlikely that they will ever get back together.

“The feelings that I have for you don’t go away overnight, and seeing you like this hurts,” he explained to Rachael. However, “the work and the reconciliation that needs to be done is work that I can’t do for you. And I know that you can. ... I really want you to do this work, because that’s the best thing that can come out of this.”