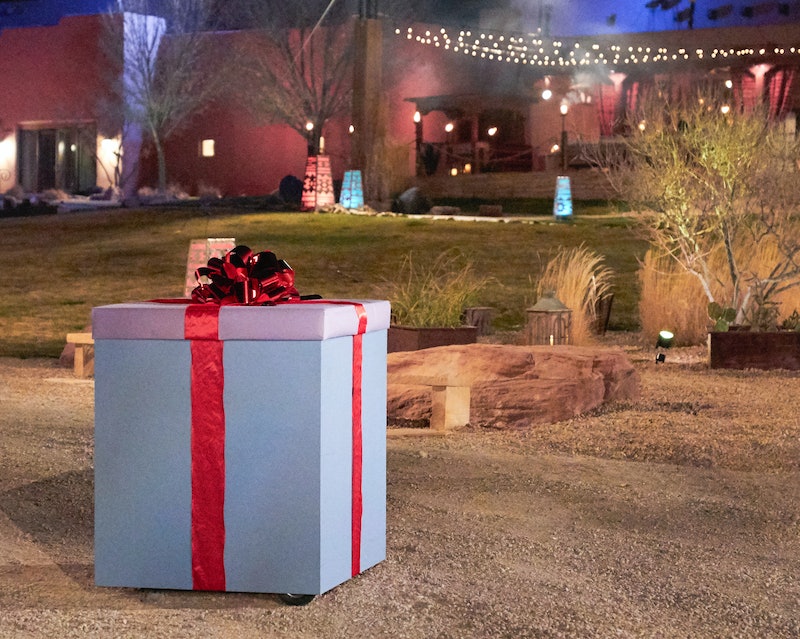 The last time someone was intently asking “what’s in the box?” it didn’t turn out so well — just ask Brad Pitt in Se7en. Fortunately, it went a little smoother for Katie Thurston during the premiere episode of her Bachelorette season. After a man showed up in a massive, gift-wrapped box with nothing more than the request to “find him inside,” the mysterious suitor finally revealed himself to be James Bonsall, and he and Katie hit it off. Here’s everything to know about the 30-year-old contestant.

James’ Job Is Different From His Degree

According to what appears to be his LinkedIn page, James graduated with a sports management degree from the State University of New York College at Cortland, though without a profile photo, it’s hard to confirm the profile is his. He’s moved around quite a bit for work, having previously held roles at Calvin Klein, The Esteé Lauder Company, Equinox, and Cintas in New York City and later moving to Stamford, Connecticut to work at a company called Paychex. He seems to now be working in Human Capital Management for a software and online payroll company called Paycor, which lines up with the job listed on his ABC bio: software salesman.

James’ ABC bio notes that he “loves the pursuit of becoming the best version of himself” and that to “say that he takes care of his physique is an understatement.” That’s apparent on his Instagram, where his physique is the star of his feed. James’ 50+ posts feature a litany of gym photos and shots of flexed muscles, though there are also some pictures of him traveling, including jet-skiing in New York and smiling while overlooking the Sydney Opera House. His feed gives a little insight into his family as well, featuring a picture with him and his parents in Scotland.

For some reason, he at one point posted a photo of his passport, explaining that he was born in London but has New Zealand citizenship. His Instagram bio says he’s currently based in San Diego, California.

James doesn’t have much of a social media presence outside of Instagram. That’s not majorly shocking for a contestant who decided to contort himself to fit into a cardboard cube rather than disclose his identity right away.

James says in his ABC bio that he wants a woman who is “full of life and energy” and that his biggest turn-ons are spontaneity and a “bit of mystery,” which tracks with the whole showing-up-in-a-box thing. However, we haven’t seen James make much of an impression on Katie in the several weeks since then. In the midseason trailer, he displays some more urgency in their relationship. “It suddenly just feels so much realer and scarier,” James says, following a scene where a bunch of the men weep and hug one another. This indicates perhaps a shocking or difficult departure — something that would really bewilder the contestants. We also see a sequence where James is speaking with Katie and says, “I would hate to see you end up with the wrong person.”

This falls in line with the men’s repeated quest to protect Katie from any contestant they deem to be unsavory (see: Thomas and Karl). It also coincides with James’ approach to relationships. According to his ABC bio, he wants to “make sure that the woman in his life knows she is appreciated and valued” because for him, “relationships are about actions, not words.” If ever there were a time to put those actions in practice, it’s in the second half of the season.