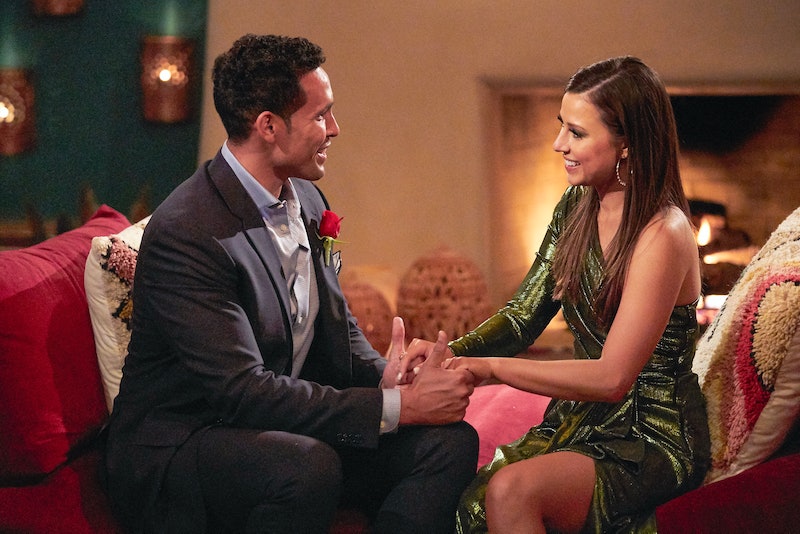 Thomas Jacobs entered The Bachelorette with a beaming smile atop a 6’6” frame of radiance, but he established himself as this season’s newest villain in just three short episodes. Obviously, the original antagonist was the much-maligned Karl, who, and I hate to say this, was ultimately right about his wild claims about some of the men’s intentions. At the end of the June 13 episode, Karl took it upon himself to tell Katie some men weren’t there for the right reasons. After refusing to give up a name, the men unionized and convinced Katie to send Karl home for starting seemingly baseless drama.

Jump ahead just one episode to June 20, and Thomas spilled his guts during an honesty-themed group date, revealing he originally came on the show to grow his platform. This drama reached its crescendo later in the episode when more men confronted Thomas, questioning his intentions. One contestant, Hunter, asked Thomas if he had his eyes on being the next Bachelor, to which Thomas responded, “Yes, that was a thought that was on my mind.”

Not to take sides, but it’s at least a little understandable that upon being cast for The Bachelorette, you’d consider the possibility of potentially becoming the next Bachelor. But that’s not something you say out loud.

Thomas did try to save some face with Katie, finagling two sets of alone time with her. The first session involved Thomas referencing some of his “red flags” but never actually revealing what they are and dodging all of Katie’s follow-ups. His second bit of privacy with Katie culminated in telling her that he’s falling in love with her. As you can see, Thomas is a bit of a rollercoaster.

However, ahead of the June 28 episode, Katie tweeted a picture of her younger self holding a snake with some text that reads, “Men with [red flags].” Being compared to a snake is never a good sign, especially not for Thomas, who was free-falling out of favor with his co-contestants and the lead all night.

Episode 4 had a major turning point during a post-group date cocktail party that pitted Andrew S. against Tre. Tre was firmly of the belief that someone should tell Katie about Thomas’ potential duplicity, while Andrew S. believed the group should trust Katie’s judgment and allow her to cull her men at her will. Ultimately, Tre told her about Thomas’ machinations of becoming the next Bachelor. Katie, obviously taken aback by this massive revelation about one of her favorites, began questioning her relationship with Thomas, raising concerns about him to Tayshia and Kaitlyn.

The Thomas fiasco only escalated after he sought out more alone time with Katie wherein he pleaded his case and spoke his truth. His efforts essentially just left Katie more confused about if and how she wanted to move forward. Upon returning to the rest of the men — all waiting for the Rose Ceremony and trash-talking Thomas — the rift between the real estate agent and the rest of the house was irreparable. Thomas then outdid himself at the Rose Ceremony, publicly apologizing to Katie for having ulterior motives without ever actually saying he was there for the wrong reasons.

Before Katie gave out her final rose, though, she pulled off a major plot twist by calling Thomas’ name as if she would ask him to stay. But under the auspices of a rose, she told him, “Your Bachelor audition is over,” sending him on his way and continuing her streak of shocking eliminations for a third week in a row.

More like this
Zach Swears He Didn’t Look Up Contestants Before The Bachelor Began Filming
By Brad Witter
The Bachelor’s Christina Mandrell Comes From One Of Country Music’s Most Famous Families
By Brad Witter
10 Photos Of The Wildest Limo Arrivals From 'The Bachelor' Premiere
By Brad Witter
Bachelor Zach’s “Dream Job” Has Nothing To Do With His Work In The Tech Industry
By Brad Witter
Get Even More From Bustle — Sign Up For The Newsletter
From hair trends to relationship advice, our daily newsletter has everything you need to sound like a person who’s on TikTok, even if you aren’t.