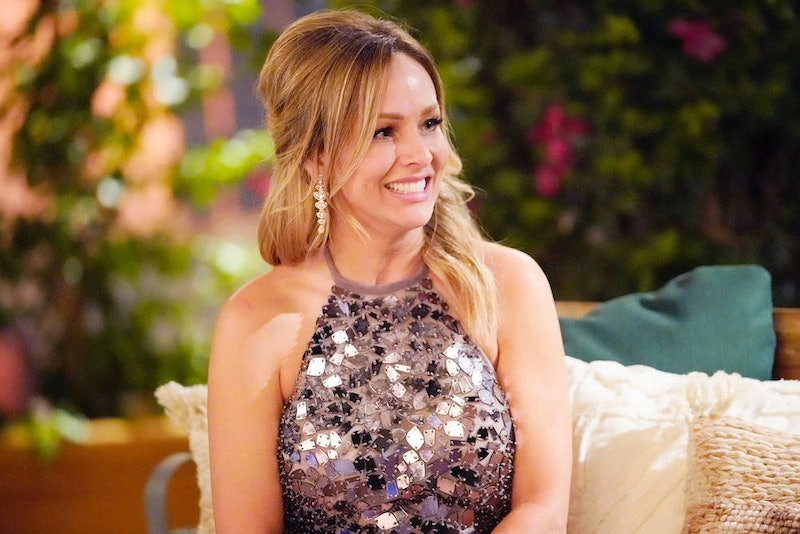 Another day, another messy Bachelor Nation development. Bachelorette alum Spencer Robertson asked Clare Crawley out on a date mere hours after Dale Moss confirmed their breakup. "Coffee?" Spencer wrote on his Instagram Stories, tagging Clare in the post. Of course, this probably wasn't the best time for Spencer to shoot his shot — primarily because Clare is most likely heartbroken after breaking off her engagement to the 32-year-old football player.

Spencer arrived at La Quinta Resort & Club in Palm Springs with a small group of new contestants mid-season after Clare and Dale's engagement and early departure. During his time on the show, he received a first impression rose from Tayshia but did not ultimately make it into the final four, which included Ben Smith, Zac Clark, Brendan Morais, and Ivan Hall. Tayshia, of course, chose Zac in the end, and the couple left the series engaged.

Unfortunately, on-air engagements don't always lead to a lifetime of marital bliss, as confirmed by Dale's latest Instagram post. "I wanted to share with you all that Clare and I have decided to go our separate ways," he wrote. "We appreciate the love and support we've received from so many people, but this is the healthiest decision for both of us at this time." Clare and Dale got engaged in August 2020, but fans finally witnessed the proposal in a November episode of the series.

"We strongly believe in leading with love and always remaining true to oneself — something our families have taught and instilled in us throughout our lives," Dale continued. "We only hope the best things for one another." His statement came amid mounting speculation that the couple's engagement was on the rocks.

Per an E! News source, the two were "taking time apart" after "fighting a lot." "They are mainly in disagreement over lifestyle preferences," the insider releaved. "Dale wants to be in a lively city and focus on his career, and Clare is rooted in Sacramento to help care for her mom. It's been very tense recently between them." The source also noted that while Dale cares deeply about Clare, he "feels like he's rushing into something he's unsure about."