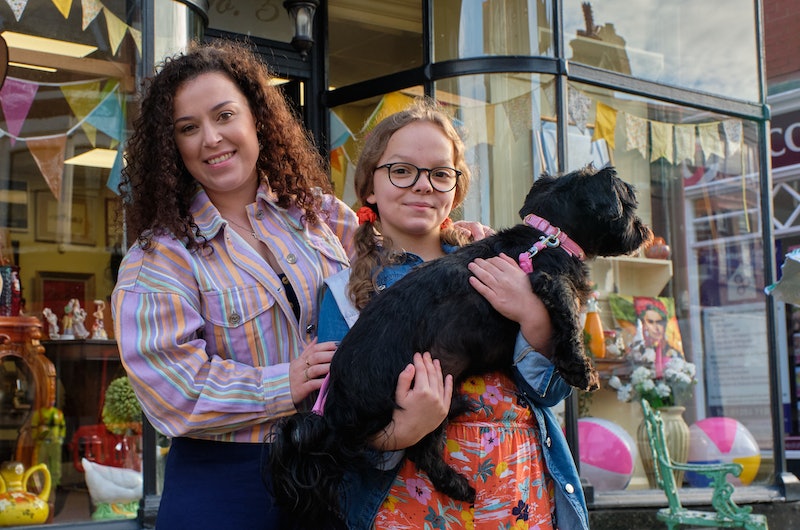 It’s been almost 20 years since Tracy Beaker first appeared on our screens and longtime fans of the legendary children's TV character were thrilled when Tracy returned in the latest instalment of the franchise, My Mum Tracy Beaker earlier this year. The series quickly became the most-streamed CBBC programme launch of all time, with more than 2 million people tuning in during its first three days on iPlayer.

Capitalising on the success of the series, CBBC has announced a new five-part show featuring the mother-daughter duo called The Beaker Girls. We can’t wait to see the much-loved character that we grew up watching back on TV again. Here’s everything we know about The Beaker Girls.

What Is The Plot Of The Beaker Girls?

The Beaker Girls’ will follow Tracy and her daughter, Jess, as they enjoy their new life running the Dumping Ground junk shop in the seaside town of Cooksea.

The official synopsis reads, “When Jordan, a runaway teen who has been repeatedly failed by the care system, finds her way into the Beaker Girls' cosy family, Tracy's life seems to have come full circle as she contemplates becoming a foster parent. But Jess might not be so ready to share her mum.”

Speaking about the new series, Tali Walters, genre lead at BBC Children’s In-House Drama, said: “The enduring affection of our audiences for the character of Tracy Beaker was clear in the reaction to My Mum Tracy Beaker.

“The Beaker Girls promises to touch the hearts of our audiences and we’re tremendously excited to work with such a talented cast and crew to bring this captivating mother and daughter back to the screen to unveil their next chapter.”

Who Is The Beaker Girls’ Cast?

Dani Harmer will be reprising her role as Tracy, as is Emma Maggie Davies in the role of Jess, Tracy’s “book smart, sassy, surprisingly tough” daughter.

Other familiar faces from My Mum is Tracy Beaker are also set to return to their roles, too. Jordan Duvigneau is back as Sean Godfrey, Lisa Coleman as Cam, Montana Thompson as Justine Littlewood, and Danielle Henry as Mary.

What Is The Beaker Girls’ Air Date ?

While we don’t have an exact release date just yet, we do know that The Beaker Girls will air later this year on CBBC and BBC iPlayer. We’ll update you as soon as the date is announced.