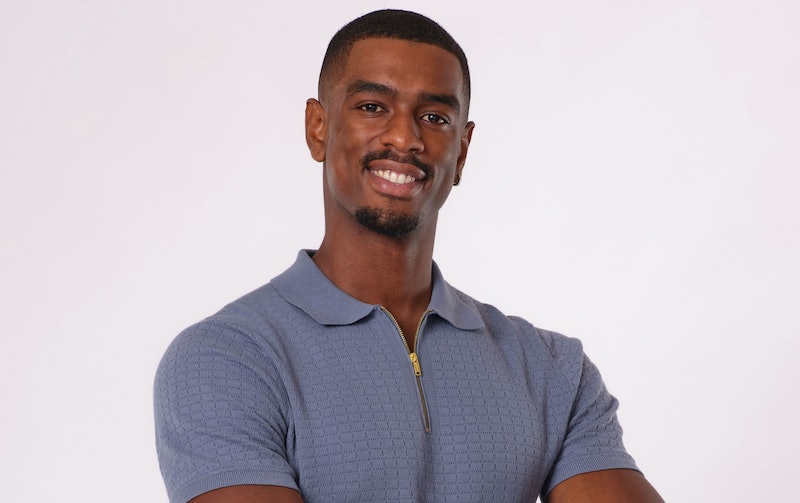 Tracy Beaker is back by popular demand, and now fans will get to watch her navigate life as an adult and a single mum. Based on Jacqueline Wilson’s book of the same name, the series is told from the perspective of Tracy’s daughter Jess (played by Emma Maggie Davies), who is whisked away by Tracy’s new football star boyfriend Sean Godfrey, “to a life of palatial mansions and fancy cars,” the BBC writes. Sean turns their world upside down – he also happens to have been Tracy’s secret admirer when they were younger. So, who plays Sean in My Mum Tracy Beaker?

Sean is played by Jordan Duvigneau, a relatively new actor whose professional acting began in 2018. Duvigneau initially started acting in secondary school, per his official bio, before moving on to a career in sports. As the actor told the BBC in a press statement obtained by Bustle, he played for Brent Borough and Watford, and was given an extended trial at the latter when he was just 14. He then briefly became a sprinter – he can run the 100m in 10.84 seconds.

Leaving sports for the stage, Duvigneau performed in theatre productions for the Talawa Theatre Company’s TYPT program, a programme that Michaela Coel and Heather Agyepong also participated in. Duvigneau went on to play Tom Robinson in the Tower Theatre Company’s version of To Kill A Mockingbird.

His TV career took off in 2020, starring in multiple one-episode roles on Homeland, I Hate Suzie, and Doctors. My Mum Tracy Beaker is Duvigneau's first leading role, and most certainly not the last. “I like to let my work do the talking and I’ve been fortunate enough to become these 4 characters on TV this year,” he captioned a post on Instagram. “3 you know, 1 you will be introduced to in 2021 [...] Hard work and dedication hasn’t failed me yet. Love to everyone who has supported me on this journey, it’s only just begun.”

My Mum Tracy Beaker is available to stream now on BBC iPlayer.