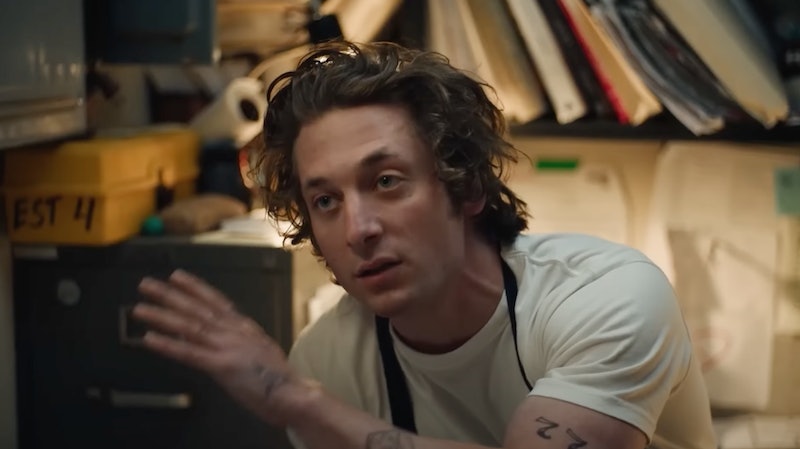 Major spoilers for The Bear Season 1 ahead. Christopher Storer’s The Bear is easily one of the biggest critical hits of the year. The series nabbed a rare 100% critics score on Rotten Tomatoes and was renewed for a second season less than a month after its June 2022 debut. The story follows James Beard Award-winning chef Carmen "Carmy" Berzatto, who returns to Chicago to take over the rundown Original Beef of Chicagoland restaurant after his brother Michael dies by suicide.

Throughout Season 1, Carmy is faced with a myriad of issues. The restaurant is $300,000 in debt to their Uncle Jimmy, and a health inspector gives it a C rating for poor sanitation. The menu is also outdated, the kitchen dysfunctional, and the restaurant is no stranger to gang violence. Carmy also discovers that his brother’s best friend, Richie, has been selling substances at the back of the restaurant to keep the business afloat during the COVID-19 pandemic. This comes all on top of Carmy grieving his brother and working through his own mental health issues.

It’s a lot, but The Bear ending sees Carmy and his staff in a more hopeful place with several plot threads to explore in Season 2. Carmy apologizes for his abusive leadership, leading to sous-chef Sydney and baker Marcus returning to the restaurant. Richie is arrested after punching a guest. And most shockingly, at the end, Carmy is given Michael’s suicide note and discovers he hid wads of cash in small cans of tomato sauce. The season ends with Carmy hanging a sign announcing that a new restaurant — called The Bear, of course — will be opening soon.

Where Did The Money Come From In The Bear Season Finale?

In an Indiewire interview, Storer explained that the money that Carmy finds is in fact the $300,000 loan from Uncle Jimmy. “[Michael] was telling the truth when he told Uncle Jimmy he wanted to franchise, which in this case meant opening a restaurant with Carmy,” Storer said, adding, “Michael thought he could break the familial cycle and start something fresh,” which may have been a way of “processing his own addiction.”

As for how the cash got in there, Storer said the restaurant has a semi-automatic electric can-seamer that’s easy to use. “In [Michael’s] scattered state, the processing of the tomato cans really felt like he was starting to build something, felt more like a real plan of action to him. A safe felt too safe, too obvious,” he said. He acknowledged the twist feels “absurd,” but while researching for The Bear, he stumbled on countless stories of money or drugs being found in tomato cans.

Will Carmy Use The Money In The Bear Season 2?

Storer also said it was very purposeful for Carmy to find this money at the end of the season, rather than at the start when he first inherited the restaurant. “There’s something beautiful in the idea that Carmy could have found this right off the bat if he would have made the spaghetti in the pilot, but then maybe he would have burnt out similarly to the way Michael did,” Storer said. Instead, Carmy had to go on a journey of realizing he was trying to fix the restaurant “for all the wrong reasons.” He had to find Sydney and learn how to work as a team with his chefs.

One thing Storer is keeping open though is how Carmy is going to deal with the money going forward. We have no idea how Carmy is going to transform the restaurant into The Bear, especially because that money is pretty much all owed to Uncle Jimmy. “[That] is the question we wanted to end with and hopefully get to explore in a second season,” Storer said. “Carmy gets some closure with his brother, but then how does he handle this going forward? How can he build something new and start from a more positive place?”

More like this
The Ending Of 'Prey,' Explained
By Morgan Leigh Davies
'The Sandman’s Ending Is A Departure From Neil Gaiman’s Comic Book Series
By Kadin Burnett
Kim K Really Wants You To Know She's Having Sex
By Sophia Benoit
Does 'Keep Breathing's Ending Mean There Could Be A Season 2?
By Kadin Burnett
Get Even More From Bustle — Sign Up For The Newsletter