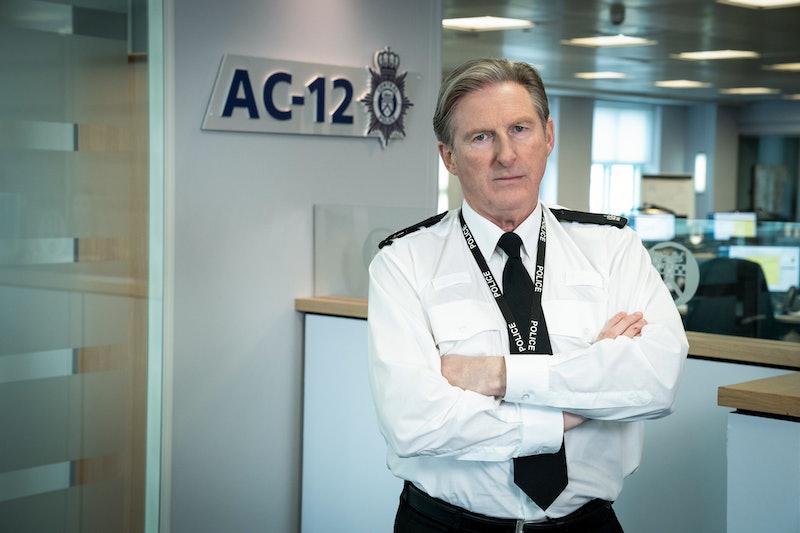 The latest outing of BBC’s Line of Duty left viewers on the edge of their seats once again. Per Radio Times, Jed Mercurio’s hit crime drama centres on the fictional police corruption unit AC-12, made up of DS Steve Arnott (Martin Compston), DI Kate Fleming (Vicky McClure), and led by Superintendent Ted Hastings (Adrian Dunbar). The arrival of the show’s sixth season also marked the return of Hastings’ much-loved one-liners, the likes of which have been enjoyed throughout the entirety of the show’s history. So, here are 21 of the best Line of Duty quotes from Ted Hastings himself.

Providing some insight into his character’s best-known “Tedisms,” Dunbar explained to Belfast Live that he believes fan favourite quotes including “Mother of God” add some “colour” to the otherwise stern-faced Superintendent Hastings. "These were bits of colour I thought would be really interesting to add for Ted in his man management skills.” The actor continued, “He brings in these little twists and turns of colour that make him a bit different to everybody else.”

As for the origins of his best-known phrases, Dunbar further revealed that some are “really specific Belfast sayings,” some of them he came up with himself, many were thought up by show creator Jed Mercurio, and others arose from Q&A sessions in which he’d asked fans what they’d like to hear Ted say next, Belfast Live reports.

Below, you can relive some of the most memorable Superintendent Ted Hastings quotes to date, and fingers crossed we can add to this already epic list throughout the show’s latest run.

This article was originally published on April 18, 2021