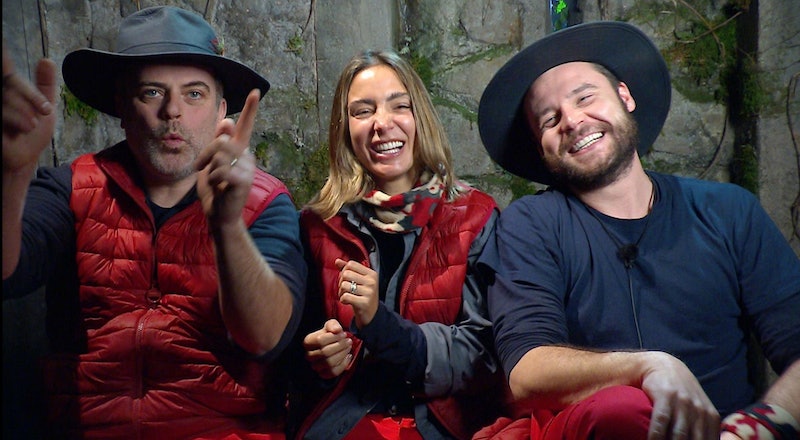 On Dec. 12, Emmerdale actor Danny Miller was crowned the King of the Castle on I’m A Celebrity, Get Me Out Of Here. After three weeks of gruelling tasks, freezing camp conditions, and a bromance with former football pro-David Ginola the actor beat Coronation Street’s Simon Gregson and singer Frankie Bridge to take the top spot. And viewers had a lot of feelings about the dramatic finale.

Miller captured the hearts of viewers as he revealed that his first child had been born three weeks before the beginning of I’m A Celebrity and he was on the show to make his new family proud. “I never thought I'd be in this position, I barely thought I'd make it through the first two or three votes or so,” he said after he won. "“ have made no secret about the fact that I wanted to be able to give [my son] and set him up for a good future. I wasn't financially set for that and this is an opportunity to do that. It would set me and my family up. I feel like I have done it. I feel proud of myself and I hope my family are as well.”

And between the gruesome bushtucker trials and Ant and Dec’s message to Boris Johnson, here are some of the best reactions to the closing episode of I’m A Celebrity.

Much Love For The King

I Can’t Look Away

The Countdown Is On

Next Year’s Line Up