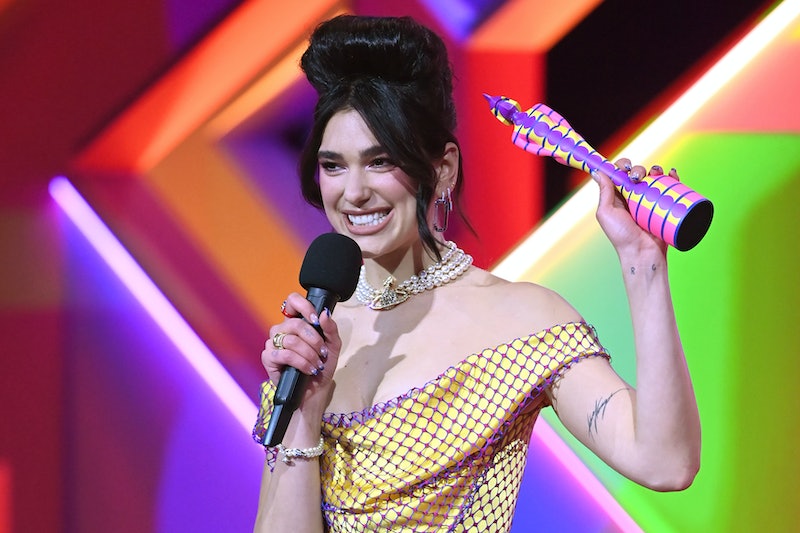 BRIT Awards organisers announced a major change to its format come 2022, in a bid to make the show “more inclusive”. For its upcoming show at London's O2 arena next February, the annual awards ceremony will scrap its male and female awards, in favour of non-gender specific ‘Artist of the Year’ and ‘Artist of the Year International' categories.

The changes mean rapper J Hus and Dua Lipa are the last artists to take home the British solo male or British solo female BRIT awards since the ceremony began in 1977.

BRIT organisers had promised to “review” the awards earlier this year after Sam Smith joined calls to end gendered categories, per Guardian. The celebrated singer-songwriter’s latest album Love Goes had been eligible for the awards in May 2021, however, Smith was excluded from the gendered awards.

In response, Smith urged award shows to be more “reflective” of society in a now-deleted Instagram post.

“The BRITs have been an important part of my career … Music for me has always been about unification not division,” they wrote at the time, per BBC, adding “I look forward to a time where awards shows can be reflective of the society we live in. Let’s celebrate everybody, regardless of gender, race, age, ability, sexuality, and class.”

The move also means that Adele and Ed Sheeran — who both released hugely successful albums this year — will likely go head-to-head in the same category, should they be nominated. While some fear the changes could harm female artists success in future, the award organisers are confident in the move.

"If you were starting the awards from scratch today, you'd probably do it on these terms," Gennaro Castaldo, a spokesperson for music industry body the BPI, which runs the awards, told the BBC."Why shouldn't the likes of Adele and Ed Sheeran be able to go head to head and be judged as artists... assuming they're nominated?"

Meanwhile, BRIT Chair Tom March said the changes are an integral part of the ceremony’s evolution. “It is important that The BRITs continue to evolve and aim to be as inclusive as possible,” said March. “It feels completely the right time to celebrate the achievements of artists for the music that they create, and the work that they do, irrespective of gender.”

Alongside that, the BRITs have added four new award categories, divided by musical styles – Alternative/Rock act, Pop/R&B act, Hip Hop/Grime/Rap act, and Dance act – which will be decided via fan votes.

There is another shake-up for 2022 with a brand new host, comedian Mo Gilligan, who will take over MC duties from Jack Whitehall.