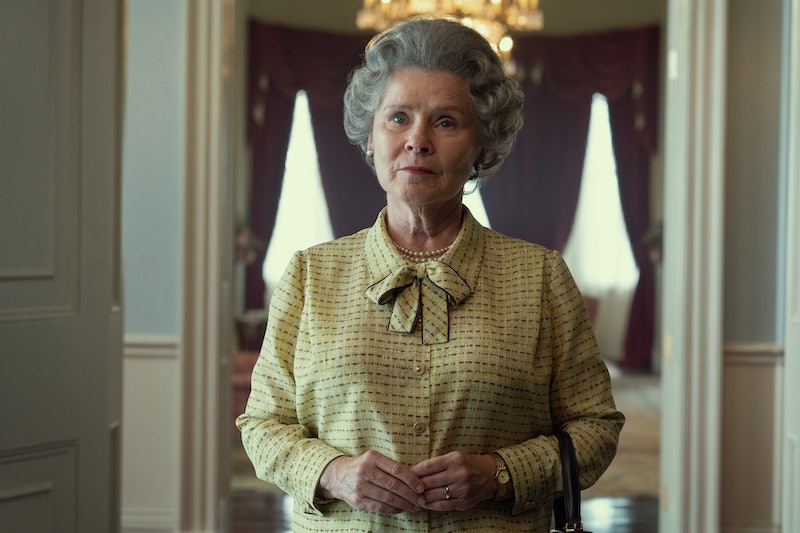 Someone’s stolen The Crown jewels! The (Netflix) Crown, at least. Not only were items stolen from the real-life Buckingham Palace just over a year ago, but now items worth up to £150,000 have been stolen from the set of hit period drama while filming in South Yorkshire.

Per the Guardian, among the props taken in the overnight raid of the Netflix series’ filming was a replica of an 1897 Fabergé egg that was acquired by Queen Elizabeth II’s grandfather George V in 1933. A silver and gold candelabra, crystal glassware, and a silver dressing table were also among the 350 props stolen from three vans in South Yorkshire.

Descriptions of the pinched items have been shared with arts and antiques newspaper Antiques Trade Gazette in an attempt to recover the items, should the thieves try to sell them on.

A spokesperson for South Yorkshire police told Variety, “Officers investigated the incident but all existing lines of enquiry have now been exhausted. The case has been filed pending any new lines of enquiry.”

Although we mourn the loss of the essential furnishings that contribute to the imperial ambience of the series’ setting, The Crown fans can breathe a collective sigh of relief as a Netflix spokesperson has confirmed that “there is no expectation that filming will be held up.” Replacements for the stolen items will be sourced instead.

Seasons one to four of the series are now streaming on Netflix, which should keep you busy until the fifth season premieres in November 2022. The show, which will move into the ‘90s, will feature a whole new cast, including Harry Potter’s Imelda Staunton as Queen Elizabeth, Elizabeth Debicki as Diana, Princess of Wales, as well as Dominic West, Lesley Manville, Olivia Williams, and Jonathan Pryce.