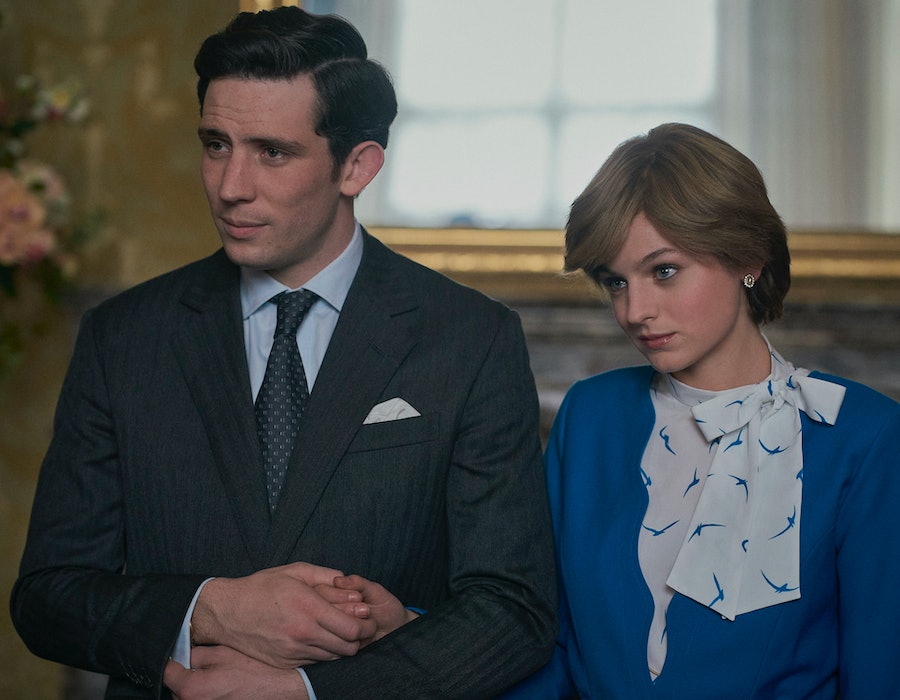 As The Crown Season 4 comes to a close, we witness one of the worst fights in Charles (Josh O’Connor) and Diana’s (Emma Corrin) torrid relationship. After a successful trip to New York, she has returned home hoping her husband will be proud of her — only to be met with venomous jealousy about how much goodwill she curried with the public.

As the fight escalates, barbs slip out of their mouths with all the ease of tea from a pot. They aren’t just fighting; they’re seeking to hurt the other as much as they possibly can. It’s a moment of passionate hostility and sharp performances. But like so much of The Crown’s drama, it doesn’t quite feel earned. The dialogue feels bland and perfunctory, borne out of plot necessity rather than actual character development.

This is emblematic of The Crown as a whole. Though a fudged date or detail is expected in historical fiction, the show has a long track record in choosing the most shallow, uninspired interpretation of the rich history that it’s dramatizing. Take Gillian Anderson’s turn as Prime Minister Margaret Thatcher. Thatcher’s swings in popularity are well documented; one of her speech writers aptly summed up her legacy of “invoking extreme feelings” by saying that “indifference [for her] was not an option.” She was formidable in everything she did — strong-willed enough to earn the nickname the Iron Lady.

And yet in The Crown, Thatcher starts the Falklands War not because she wants to preserve sovereign territory, but because she feels sensitive that her son is missing (an event which happened in real life months before the war started). With this narrative realignment, The Crown loses the complexities that made Thatcher such a divisive figure, instead short-changing a woman in power by portraying her as merely unable to control her emotions.

And she’s not alone. With Princess Diana’s long-awaited debut, The Crown could have delved into any number of facets that distinguished Diana from the martyr the public so often saw her as and the villainy the royal family tried to thrust upon her: her philanthropy, her family squabbles, her affairs, her heartbreaks, her hopes for a better future. Instead, the writers chose to depict her as one-note. Much of Diana’s struggle to acclimate to royal life is rendered as a byproduct of Charles’ dismay at their relationship, leaving her too vulnerable to his vision of her as a clout chaser. She may protest this perception, but we’re rarely granted a view into her internal state, robbing her (and the audience) of both the warmth and agency the real Diana emanated.

This leaves the show with the same problem it has had since Season 1, when Elizabeth rejected Margaret’s choice of partner instead of Margaret making the call herself: it is too willing to twist opaque history into a more boring version of the story. Yes, the series shows the royals’ many scandals, but again and again it chooses the path of least resistance: even the most salacious details feel wrung of gravitas, as if the writers can’t even envision a full person making these choices, only a flattened version of one.

In trying to exemplify why the monarchy comes off so cold and unfeeling (perhaps particularly to American audiences), The Crown makes the storytelling feel cold itself. Duty may be life and pain for the royal family. But in The Crown, it’s also ultimately spiritless.

More like this
Here's When 'The Crown' Season 5 Will Premiere — And What To Expect
By Bustle Editors
'Heartstopper' S2 Just Welcomed Four Brand New Cast Members
By Nola Ojomu and Sam Ramsden
The ‘You’ Season 4 First Look Shows Joe’s New Identity And Potential Victims
By Bustle Editors
Nicola Coughlan Shared A Lady Whistledown Excerpt From ‘Bridgerton’ Season 3
By Grace Wehniainen, Alyssa Lapid and Sam Ramsden
Get Even More From Bustle — Sign Up For The Newsletter