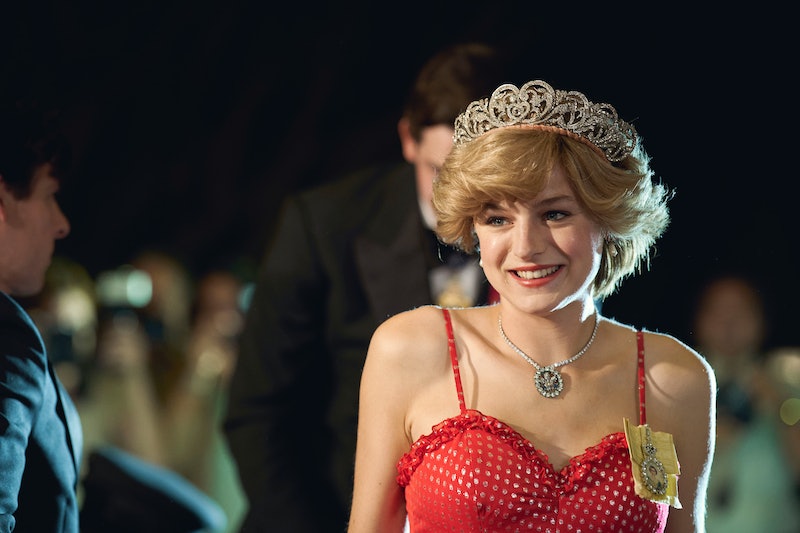 Prince Charles' affair with Camilla Parker Bowles is well-documented, but Princess Diana had some extramarital relationships of her own. As shown in The Crown Season 4, and even in Diana: The Musical, she began an affair with her riding instructor Major James Hewitt in 1986, about five years into her marriage to Charles.

The two were together on and off for roughly five years. During the early days of their relationship, Diana would smuggle Hewitt into Kensington Palace in a car trunk, according to the Daily Mail. Per the Sydney Morning Herald, Hewitt described their romance as full of “frivolity, escapism, walking, laughter and cooking.”

The pair split when Hewitt was dispatched to Germany in 1989 for a two-year military stint. According to Diana’s bodyguard, Ken Wharfe, Hewitt waited until the last moment to tell the princess about his relocation. “At first, Diana tried everything in her power to prevent Hewitt from accepting the posting. She even suggested that she would raise the issue with his commanding officer,” Wharfe wrote in his book, Diana: Closely Guarded Secret. Hewitt advised against that, fearing it would hurt his career, which left Diana feeling “betrayed” and intent on ending the affair.

However, according to ABC News, she did correspond with Hewitt between 1990 and 1991, while he was serving as a tank commander in the Persian Gulf War. Per the Daily Mail, Hewitt was later discharged from the army, and alleged that he was let go because of his relationship with the princess. Their affair came to an end shortly afterward, in 1991.

Three years later, Anna Pasternak released Princess in Love, a book detailing the pair’s relationship, which Hewitt had collaborated on. This prompted Diana to finally address the relationship in a 1995 interview. “I was absolutely devastated when this book appeared, because I trusted him ... it was very distressing for me that a friend of mine, who I had trusted, made money out of me,” she said on BBC1's Panorama. When the interviewer probed Diana about the nature of her relationship with Hewitt, she called him a “great friend” who had been there for her during a tough time, before admitting that they had shared a romantic relationship. “He was always there to support me ... I adored him. Yes, I was in love with him. But I was very let down [by the book],” Diana said.

That didn't deter Hewitt from writing his own memoir in 1999, two years after Diana’s tragic death. Titled Love and War, the book chronicled his relationship with Diana, and the letters she sent to him while he was stationed oversees during the Gulf War. In 2002, a tabloid alleged that Hewitt was trying to sell those letters for $16 million, per ABC. He hadn't found a buyer as of 2015.

Nonetheless, Hewitt continues to get questions about Diana, almost 30 years after their relationship ended. There’s even a conspiracy theory that he’s Prince Harry's real father, though Hewitt has always denied that claim, pointing out that Harry was already 2 years old when he met Diana. That, however, hasn't assuaged theorists, and with the release of The Crown’s fourth season last year, and now with the Princess Diana musical on Netflix, Hewitt will likely be in the press once again.

While his depiction in The Crown is relatively tame, Diana: The Musical, written and composed by David Bryan and Joe DiPietro, sexualizes Hewitt to the nth degree: the song “Here Comes James Hewitt” introduces his character shirtless and riding an animatronic horse.

“If a prince leaves you wanting more, and royal life is a royal bore, why not score a man of war?” says Barbara Cortland (portrayed by legend Judy Kaye) in the show-stopping number. Hewitt (actor Gareth Keegan) then approaches Diana (Jeanna de Waal), seducing her with equestrian euphemisms.

“I assumed your husband gives you riding lessons,” Hewitt tells Diana, to which she coyly replies: “He's tried. He's just not very good.” (“Oh oh oh, you go girl!” exclaims the chorus). According to Hewitt’s character, he has “the proper horse” to entice Diana. The rest of their time on stage is, well, NSFW. The dialogue appears to be sensationalized — Cortland’s character even says she’s fabricated it. Their affair, however, was anything but fiction.

This article was originally published on November 15, 2020