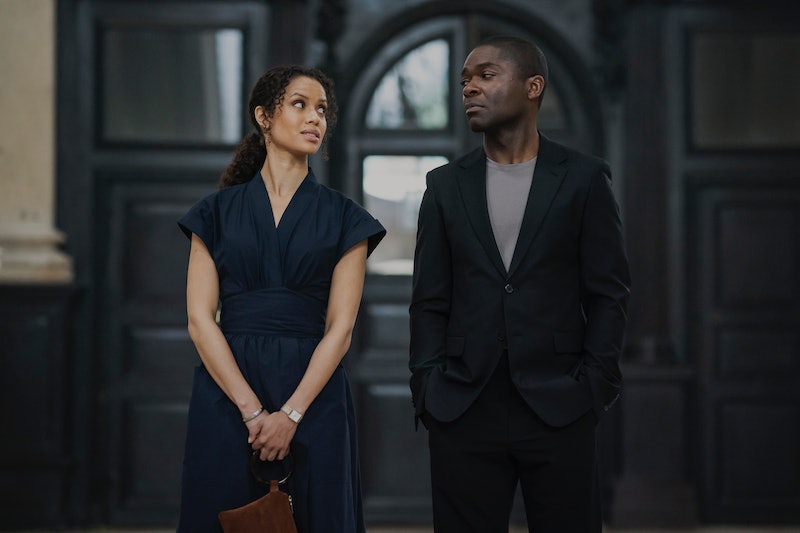 Spoilers ahead for The Girl Before. One of the most highly-anticipated dramas of the Christmas TV lineup arrives in the form of The Girl Before in December. The four-part BBC thriller is adapted from JP Delaney’s best-selling 2016 novel of the same name. But, how does the BBC drama compare to the original book, and what is The Girl Before book ending?

Like Delaney’s novel, the TV drama tells the story of a woman named Jane (Gugu Mbatha-Raw), who is given the chance to move into a beautiful home that was designed by the enigmatic architect, Edward (David Oyelowo). However, it isn’t long before Jane discovers some unsettling secrets about the home’s past relating to its previous occupant, Emma (Jessica Plummer). In the series, viewers are also introduced to Emma’s former boyfriend, Simon (Ben Hardy).

Throughout the original book, it is revealed that the home’s previous resident Emma has passed away, and as Jane begins to fall for architect Edward, she also starts to investigate the circumstances surrounding Emma’s death. When doing so, she learns that Emma had previously lied to the police about being raped, and also cheated on her ex-boyfriend Simon with her co-worker named Saul.

Continuing with her investigation into what happened to Emma, Jane then begins to identify a list of potential suspects, including Simon and Saul, who she believes could be responsible for Emma’s death. In the end, it is revealed that Emma’s jealous former boyfriend Simon is the person who killed her. Following an altercation at the house between himself and Jane, Simon is also killed after falling down the stairs.

Meanwhile, Jane also falls pregnant with Edward’s baby and eventually gives birth to a little boy. It is then revealed the baby has Down Syndrome, and after learning of his newborn son’s condition, Edward suggests giving the child up for adoption so he and Jane can try again for the so-called "perfect" baby.

Perhaps the most surprising twist in the tale also arrives at the end of the book when readers learn of Jane’s true intentions. It is revealed that, although Edward is presented as a controlling figure throughout the story, Jane was in fact manipulating him all along — and purposely sought Edward out to become pregnant with his child as she believed he would genetically be the perfect father.

To find out if the BBC adaptation of The Girl Before aligns with the dramatic original novel, you can watch the four-part drama on BBC One and BBC iPlayer on Sunday, Dec. 19. The series will air over four consecutive nights, concluding on Wednesday, Dec. 22.