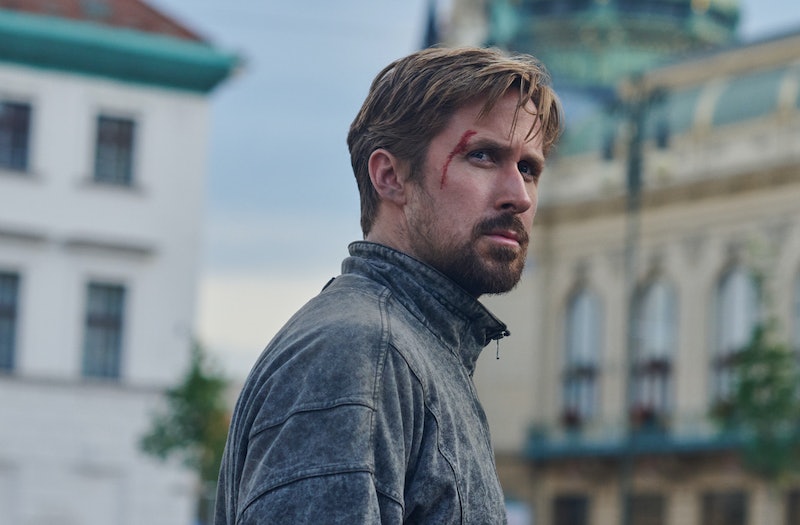 By now, you’ve probably heard all about Netflix’s The Gray Man, an espionage-thriller from the Russo brothers. Based on Mark Greaney’s book series, the film stars Ryan Gosling as a CIA agent codenamed Sierra Six, whose discovery of Agency secrets lands him on an international burn list. But how does Netflix’s The Gray Man stack up against Greaney’s novel of the same name? We’ve got everything you need to know about The Gray Man book ending below. Warning: major spoilers for The Gray Man follow.

Readers looking to pick up The Gray Man for their beach bags should know that the novel contains a lot of racist and homophobic material. An early chapter insinuates that all Arab people, including a team of Al Jazeera journalists, are terrorists and terrorist sympathizers. The primary antagonist refers to Nigerians as “savages” twice, and his statement goes unchallenged, both by the other characters and by the text as a whole. Finally, the novel drops the F-slur twice, the use of which — again — goes entirely unchallenged. It’s a problematic read, to say the least.

Greaney’s 2009 novel follows Courtland “Court” Gentry — aka the Gray Man, a former CIA operative who now works as a hired killer, trying to stay one step ahead of his former allies, who have orders to shoot him on sight. Shortly after Court assassinates the Nigerian president’s brother, Lloyd (Chris Evans) shows up at the security company owned by Court’s handler, Sir Donald Fitzroy (Billy Bob Thornton). Another ex-CIA operative, Lloyd now works as a lawyer for a contracting firm, LaurentGroup. His employer has the opportunity to make a lucrative infrastructure deal in Nigeria if it can deliver Court’s head to the president on a silver platter, and Lloyd, who knows Court from his Langley days, is bound and determined to give it to him.

Lloyd figures the fastest way to get to Court is through Fitzroy, and he’s got plenty of leverage to force the handler into giving him what he wants. He’s arranged for Fitzroy’s son, Phillip, to be kidnapped — along with Phillip’s wife, Elise, and their 8-year-old twin daughters, Claire (Julia Butters) and Kate — and held at Château Laurent in Normandy. The family is as good as dead, unless Fitzroy complies.

And comply he does. Fitzroy orders the extraction team to kill Court shortly after they rendezvous with him; tipped off by the men’s suspicious behavior, Court manages to kill them and escape. After Court refuses Fitzroy’s offer to set up another extraction, the handler reveals that the “Nigerians” — in actuality, mercenaries hired by LaurentGroup — are holding Phillip and his family in Normandy and will kill them if Court isn’t dead within the next 48 hours. That makes things personal for Court, who once acted as the twins’ personal security detail.

In the meantime, Lloyd contacts Kurt Riegel, LaurentGroup’s V.P. of Security Risk Management Operations, who wastes no time in telling him exactly how foolish he is for putting Fitzroy’s family in danger. With Court already on the move, however, Riegel has no choice but to convince a cabal of government kill teams — from Albania, Bolivia, Botswana, Indonesia, Kazakhstan, Liberia, Libya, Saudi Arabia, South Africa, South Korea, Sri Lanka, and Venezuela — to hunt Court down before he gets to Normandy.

So begins a deadly game of cat and mouse, as Court makes his way from Tbilisi to Normandy, trying to beat Lloyd’s 48-hour deadline. Along the way, he’s betrayed again and again. By the time Court arrives in Normandy, Phillip has been shot dead by a sniper while trying to prevent Claire from escaping the compound to alert the police, and the Gray Man has amassed enough wounds to need a medicinal cocktail of blood, dextrose, narcotics, and amphetamines to make it the last few miles to the château.

Luckily, Court’s built a high-powered kit from a cache provided by an old and ailing ally (Alfre Woodard), who gave up what remained of his life to help Court escape Geneva. After clearing the château John Wick-style, Court gets the remaining Fitzroys — Sir Donald, Elise, Claire, and Kate — to a waiting car. They’re forced to leave him behind when Lloyd appears and shoots Court in the back, however.

Although Court has said repeatedly that he does not remember Lloyd from their CIA days, the LaurentGroup lawyer clearly has a bone to pick with the Gray Man. After telling Court that he’ll “remember [Lloyd] in hell,” Lloyd aims his gun at Court’s head, only to be shot by Riegel, whom he mortally wounded in an earlier encounter.

Court doesn’t have much time to rest, as Marc Laurent — the Monsieur Laurent of LaurentGroup — arrives at the château in his helicopter. After assessing the damage, Laurent offers Court a job taking out two men, including the Nigerian president, which he accepts. The novel closes with the Gray Man bidding Claire farewell, after checking in on her in London.

More like this
'The Sandman’s Ending Is A Departure From Neil Gaiman’s Comic Book Series
By Kadin Burnett
The Ending Of 'Prey,' Explained
By Morgan Leigh Davies
The Biggest Differences Between 'Bullet Train' & The Book It’s Based On
By Arya Roshanian
What’s New On Netflix: 'Never Have I Ever' & 'Indian Matchmaking' Return
By Arya Roshanian
Get Even More From Bustle — Sign Up For The Newsletter