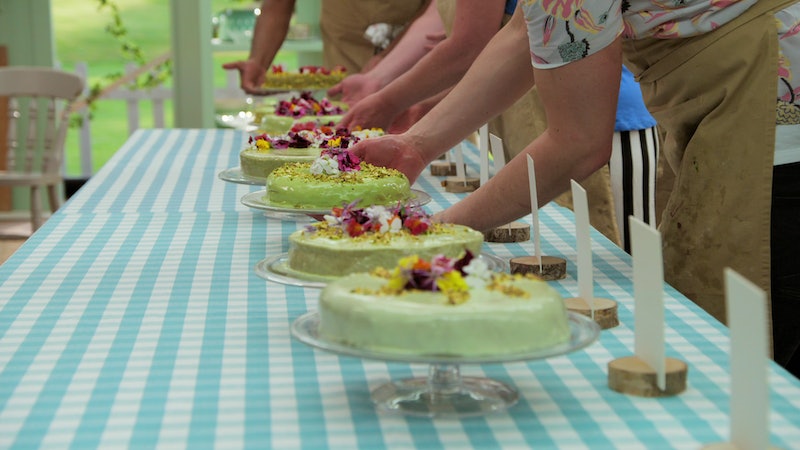 The great British bakers are officially returning to the famous tent for another round of delicious competition, and this time the U.K. show is coming overseas faster than ever. On Sept. 15, Netflix announced that the "the tent is back open for business" in the U.S. — and it's happening much sooner than you probably think. Season 11 of The Great British Baking Show will premiere on Netflix Friday, Sept. 25.

Unlike most series, the new season of the beloved baking competition, also known as The Great British Bake Off, won't drop all at once. Rather, a new episode will be available every Friday, just three days after they air in the United Kingdom. And that's not all. On Tuesday, the Season 11 cast was also announced. Instead of the baker's dozen that the series sometimes features, only twelve bakers will be competing this season. Paul Hollywood, Prue Leith, and Noel Fielding are all returning as judges for the eleventh season, but co-host Sandi Toksvig is being replaced by actor Matt Lucas, who is known for his role as Gil in Bridesmaids.

Like many other TV series, the filming of GBBS Season 11 was put on hold in April due to the coronavirus. In August, Broadcast (via Radio Times) reported that the new season had wrapped production, noting that filming was done with the utmost caution. According to Channel 4 producers, both the cast and crew (120 people total) had to live in a self-contained biosphere for six weeks to film safely. "It was a massive operation, we even built 12 practice kitchens for the bakers to use on their days off," Love Productions Creative Director Kieran Smith told Broadcast. Managing director Letty Kavanagh added about their new filming location that was more COVID-secure, "It felt like the safest place in Britain."