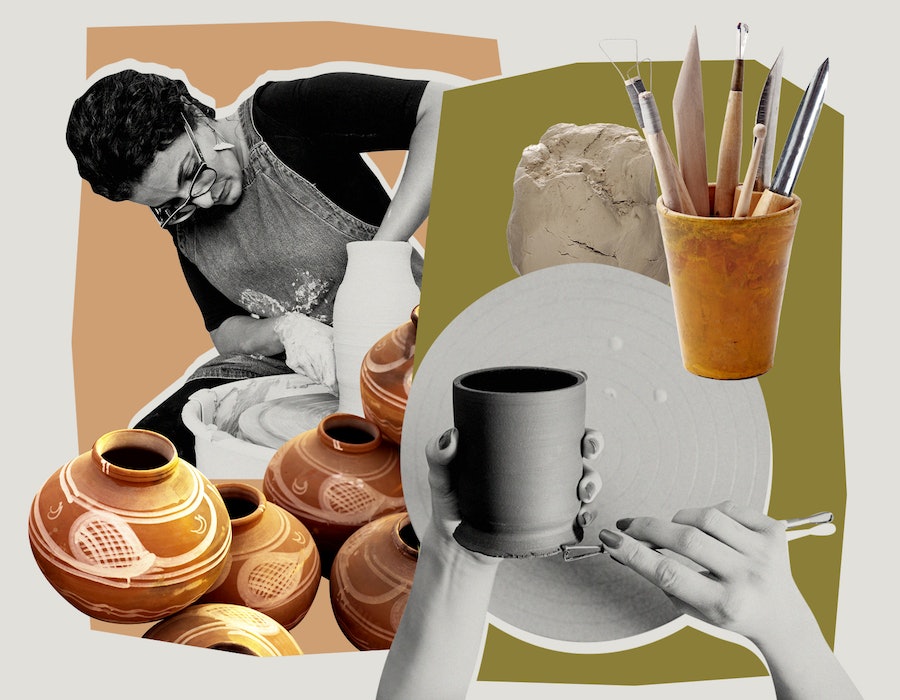 I have ruined my pottery pieces in every way imaginable. I have drowned them in water, parched them until cracks formed and accidentally gouged them with nails. I have looked away for a second and toppled them and I’ve focused too hard and sliced them in half. Some have exploded in the kiln and others have been knocked over by cats, shattering on the kitchen floor. Each destroyed work of art has reinforced a central lesson: in pottery, and in life, everything is chaos despite our best attempts at control.

That lesson has been an immense help over the course of the last few months, as the coronavirus pandemic has worn on, wildfires engulfed California, the national guard posted up near my apartment, and I endured a steady string of personal emergencies. Pottery has soothed me and it has also been an agent of chaos, a reminder that a new misfortune might await at every turn no matter how well-intentioned I might be. It wasn’t until I found HBO Max’s The Great Pottery Throw Down that this lesson crystallized before my eyes.

Things can be totally out of your control and still nourish you — both in spite of and because of that fact.

The show’s premise is simple: Ten amateur potters are presented with a series of challenges to prove their creativity and technical skill with clay. The judges often shed tears, and the contestants’ backstories are unbelievably tender. I watched as regular people turned into artisans before my eyes, displaying ingenuity and brilliance under pressure. The Great Pottery Throw Down is calming in a way that’s similar to its sister series, The Great British Baking Show, but the key difference is its preponderance of unpredictable disasters.

You see, making pottery is a complicated and delicate process. It involves sculpting, carving, painting, and glazing each hand-made form just the right way. If you slip up for even a second, everything could suddenly go to hell. Cracks form, glaze drips, or you accidentally chip the spout off your pitcher. Accidents happen countless times to just about every contestant on The Great Pottery Throw Down, no matter how experienced they are. Nigel’s sink has a huge crack in the middle, rendering it utterly useless. Jane scratches her garden sculpture and the glaze looks terrible. We watch as objects literally fall apart, and each contestant must find a way to not fall apart themselves.

When I first started doing pottery, I watched a lot of videos of effortlessly chic women throwing beautiful fruit bowls with their hair tossed up in a claw clip. Is it possible they never made mistakes, that their clumsy sausage fingers never messed up the sides of their bowls? I wondered. The Great Pottery Throw Down answers firmly in the negative, complementing the meditative wonder of pottery with an honest depiction of the sweat, panic, and anxiety inherent not just in a televised competition, but in the practice itself.

Pottery has been my near constant reminder to give up thinking I have total control. It’s a thought that might have sent me into a spiral a year ago, but now I understand that chaos should not automatically result in anguish. Things can be totally out of your control and still nourish you — both in spite of and because of that fact.

These days, I’m relishing in pottery’s unpredictability. It has helped me cope with this sh*tshow of a year and protected me from collapsing like many of my ambitious vases. I have spent hours hand-making pots and hours throwing them against the ground when I wake up to find them cracked or covered in bite marks courtesy of my three-legged-cat. When it happens, I take a deep breath, re-wet the clay and start again. Sculpt, smash, repeat. Sculpt, smash, repeat.