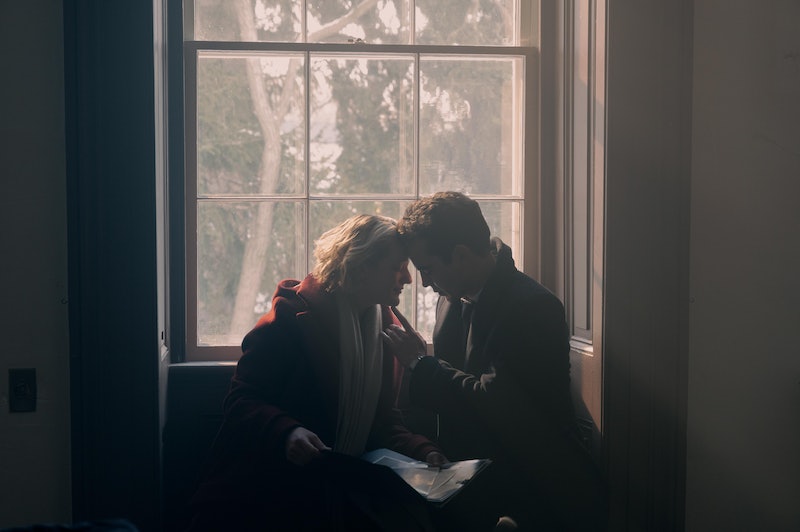 In The Handmaid’s Tale Season 4, June made it out of Boston to the wild frontiers of Gilead, into war-torn Chicago, and finally back out again, reaching Canada’s peaceful shores only to return herself to No Man’s Land. In the season finale, she led a band of former Handmaids and other Gilead hostages to exact revenge on Commander Fred Waterford. But it was hard to watch the barbaric murder and think of justice — only the disastrous ramifications this surely holds for June. In the early hours of the following day, she held baby Nichole close and begged Luke for five more minutes; he sunk to the floor, realizing that June would have to flee or else stay and face punishment. At least this time, she got to give her husband and daughter a proper goodbye.

It’s not goodbye for good, though — at least as far as the show is concerned. The Handmaid’s Tale has been renewed for Season 5 in December 2020. Here’s everything we know so far.

There’s no set timeline for when the Season 5 of the series will begin airing. The first three seasons of the show all debuted about one year apart from each other, starting in April 2017. Season 4, however, debuted almost two years after Season 3. Of course, production of the most recent season was delayed by the pandemic, and the show hasn’t returned to its annual schedule yet.

Will Season 5 Be The Last Season Of The Handmaid’s Tale?

Probably not. Readers of The Testaments, Margaret Atwood’s 2019 sequel to her 1985 novel, broadly know the fates of their favorite characters. The question is, will the television series ever catch up? As it stands, there are about a dozen years between where Season 4 of the television series ends and Atwood’s follow-up begins. When Bustle asked series producer Warren Littlefield about the endgame for the show, he insisted that even his own showrunner didn’t know. “I can tell you, if you had Bruce Miller under Sodium Pentothal, you would get, ‘I don’t know,’ because we don’t,” Littlefield said. “We’re getting closer to the end, but we don’t know yet.”

The end of the series is a negotiation between the story as reimagined for Hulu and the blueprint Atwood has set forth for the team. Littlefield said they were working on “laying groundwork for The Testaments,” in which Nichole has no memories of June. But he wouldn’t reveal if the show will exactly follow the events of The Testaments when the time comes. “Honestly, we don’t yet know what those exact signposts are. We look forward to discovering it, but it’s not pre-ordained,” he said.

For fans who never want to see the series end, Miller feels your pain. He recently told Deadline that he’s “never” looking to end the show but, contrary to Littlefield’s suggestion, at least now knows what that ending will be. “I’m not going to overstay my welcome but I’m also not going to rush off if I don’t have to because as long as I am writing for Elisabeth Moss, you know, it really doesn’t get much better.”

The Season 4 finale created exciting new possibilities for an expanded cast in Season 5, plus one obvious departure. With Fred Waterford “on the wall,” as they say in Gilead, future Joseph Fiennes appearances will likely be confined to flashbacks (let’s face it: This show loves a flashback).

Also departing, albeit more shockingly, is Alexis Bledel. The actor who plays Emily announced her decision on May 27, explaining in a statement to Entertainment Weekly that she “felt [she] had to step away from The Handmaid’s Tale at this time.” She didn’t give any insight into her decision, but she did add, “I am forever grateful to Bruce Miller for writing such truthful and resonant scenes for Emily, and to Hulu, MGM, the cast and crew for their support.”

While some long-standing cast members are leaving, we can expect a notable addition, too: Serena Waterford should be welcoming her baby boy in Canada any day now. Many fans were skeptical that Fred was the father, but Miller said they were “reading too much into it.” After the character’s death, Serena’s pregnancy and future look a lot different.

Atwood seemed to confirm that June will have to flee for safety after masterminding the assassination of Commander Waterford. “Because once you do vengeance like that the other side then says it’s our turn and we have to eliminate her,” Atwood told Variety. “I expect she’s going to have to go into deep cover.” If June goes underground, she’ll need allies to help keep her alive. Perhaps in Season 5, Mayday will finally grow from a faceless movement into a bona fide army prepared to wage a real war for American independence.

In an August panel discussion pegged to the Emmys, some cast members were bold enough to make predictions about the fates of their characters. Ann Dowd, who won an Emmy for her portrayal of Aunt Lydia, doubted the strength of her character’s bond with Janine. “The wall is going to crack, that’s what love does in my opinion.” Back in Gilead, Janine remains at the Red Center with Esther Keyes, played by Mckenna Grace, perhaps signaling a second resistance in Boston.

This post will be updated with additional details on The Handmaid’s Tale Season 5 become available.

More like this
UK Viewers Will Have To Wait To Watch The Handmaid’s Tale S5
By Maxine Harrison
On 'The Handmaid’s Tale,' Christine Ko Fights Back
By Gretchen Smail
'Ramy' Will “Probably” End With Season 4, According To Ramy Youssef
By Brad Witter
'Reservation Dogs' Season 3 May Finally Mend Bear & Willie Jack’s Relationship
By Gretchen Smail
Get Even More From Bustle — Sign Up For The Newsletter

This article was originally published on June 16, 2021