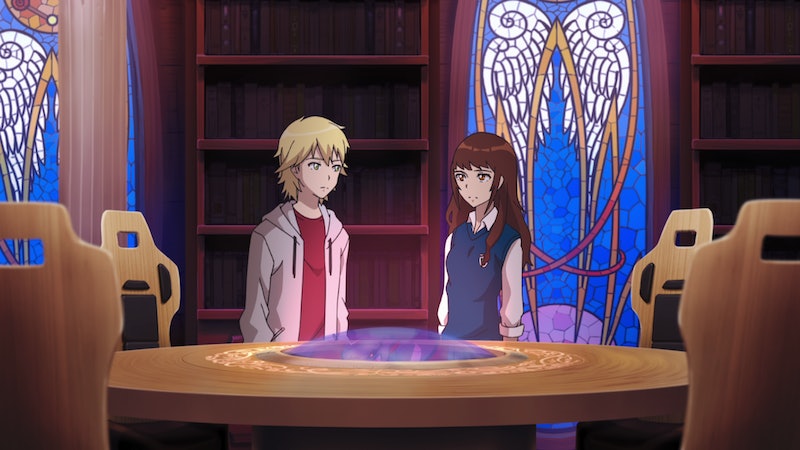 Netflix has made no secret of its love for anime. The streamer boasts one of the most robust anime collections this side of Japan, and lately, it's been expanding its offerings to include refreshing new takes on the genre. That includes the new series The Idhun Chronicles, which has the distinction of being Netflix's first Spanish-produced anime.

Season 1 of the series is based on the first book in the Idhun's Memories novel series, The Resistance (La Resistencia), according to Variety. Created by Spanish author Laura Gallego, the series is most popular in Spain, with The Resistance spawning two sequels, Tríada (Triad) and Panteon (Pantheón). So, if season 1 only covers the events of The Resistance, then it would stand to reason that future seasons of the series could cover books 2 and 3. You know, like how Game of Thrones adapted George R. R. Martin's A Song of Ice and Fire books until the showrunners ran out of material (and subsequently ran the story into the ground).

As of now, however, there is no confirmation of any other seasons of The Idhun Chronicles. Not only that, but Maite Ruiz de Austri recently made The Idhun Chronicles sound more like a limited series than the first season in an ongoing show. She told Variety that work on the season took "two years and four months," which is a long time for a single season of an ongoing series. Ruiz de Austri also spoke of the series as if it were a finished project. "The story is absolutely true to the books. And thank goodness we did this as a series because we would have had to cut a lot if it had been a film," she told Variety. Even Netflix seems confused by what the series is supposed to be. It's labeled as "season 1" on the service, but in the description, it says, "this movie is exciting." Well, that is half-true.

So, does the first season only contain content from the first book? According to The Idhun Chronicles IMDb page, the first season of the series consists of just five episodes. It's hard to imagine the entire novel trilogy being crammed into such a short amount of airtime. Google's description of the season's plot — "After a necromancer takes over the magical world of Idhun, two teenagers help fight an assassin sent to kill all Idhunese refugees on Earth" — also seems to line up better with The Resistance than with the trilogy as a whole. So, make of that what you will.