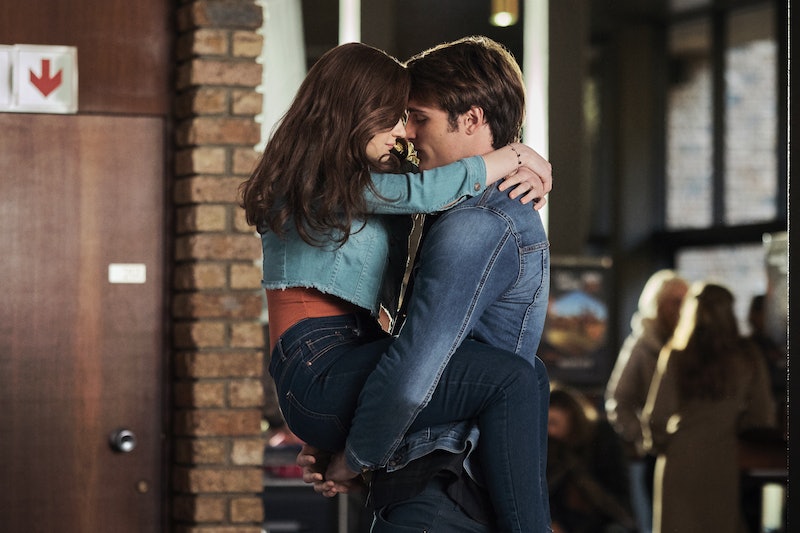 Netflix appears to be building a cinematic universe of teen romance films. From the To All the Boys I ve Loved Before trilogy to The Last Summer to The Perfect Date, the streaming service has gone all-in on high school rom-coms. Now, Netflix is expanding its library even more with a new sequel to the 2018 hit The Kissing Booth. The Kissing Booth 2, like its predecessor, is based on a novel by author Beth Reekles. So what does The Kissing Booth 2 book ending say about the direction the film could take?

First, let's do a quick recap of the first film. The story centers on California high schooler Elle (Joey King), who has been lifelong friends with a boy in her class, Lee (Joel Courtney). But Elle has also long harbored a secret crush on Lee's older brother, Noah (Jacob Elordi). After Elle and Noah share a kiss at a kissing booth school fundraiser, the two form a relationship, which puts a tremendous strain on her friendship with Lee. Eventually, the two friends are able to adapt to their new normal, and the first film ends with Noah leaving for college as Elle prepares to begin her senior year of high school. Noah's headed to Harvard in Massachusetts, and Elle wonders if their relationship will be able to survive the distance. That's where the sequel comes in, with the book version being appropriately titled The Kissing Booth 2: Going the Distance.

The remainder of this post contains spoilers for the book The Kissing Booth 2: Going the Distance.

In the sequel, Elle and Lee are back to being best buds again, while Elle and Noah are forced to deal with the difficulties that come with a long-distance relationship. There are two factors — or rather, two people — that complicate their relationship further. One is a hunky new boy at Elle's school named Levi (Taylor Zakhar Perez), who all the girls are crazy about but who only seems interested in Elle. The other is a pretty girl named Amanda (Maisie Richardson-Sellers) who is a classmate of Noah's at Harvard. After Amanda starts showing up frequently in Noah's social media posts, Elle becomes jealous and assumes that something is going on between them — even though Noah insists that they are just friends. Eventually, Elle's suspicions get the better of her and she breaks up with Noah. Meanwhile, Elle and Levi continue to get closer, though there are no romantic sparks between them — yet.

Everything comes to a head on Thanksgiving. Lee invites Elle to celebrate the holiday with his family, while Noah brings Amanda home with him to do the same. This leads to a lot of tension until Elle can't take it anymore. She fakes an illness and leaves to meet Levi, where the two share a kiss — a kiss witnessed by Noah, who followed her. However, the kiss does nothing for Elle, and she instantly realizes that she and Levi are better off as just friends. Noah then pays a late-night visit to Elle, looking for a chance to explain himself. After revealing that he and Amanda really are just friends — he had invited her to Thanksgiving so she wouldn't have to spend the holiday alone — Elle agrees to take him back. At the end of the book, Elle is back together with Noah, close friends with Levi, and has been accepted to Berkley alongside Lee. A happy ending on all fronts, it would seem.

It's possible that the film version of the story could make some changes to the plot. After all, the movie has already changed some of the characters from the book. Levi is called Marco in the film, while Amanda has been changed to Chloe. Whether this means that the main beats of the story will also undergo some changes is anyone's guess, but you can pretty much bet that Elle and Noah will still end up together in the end.