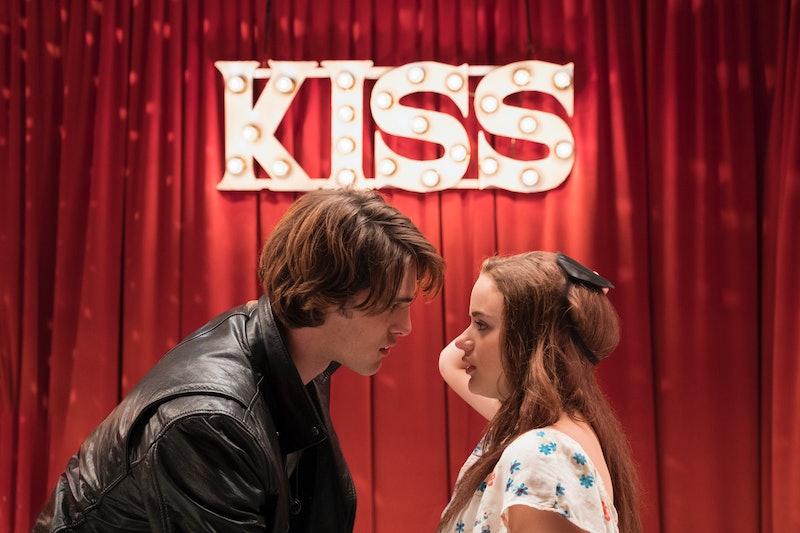 We’ll smooch to this: Joey King announced the release date for Netflix's The Kissing Booth 2 during a YouTube live stream on May 21. The sequel to the Vince Marcello-directed rom-com, about a high school teen who finds herself lips=to=lips with her longtime crush after she signs up to run a carnival kissing booth, will arrive on Netflix on July 24 — ensuring a summer of love triangles and relationship dilemmas. And this time around, things are really heating up.

The Kissing Booth 2 will find lead character Elle (King) on the heels of her most romantic summer yet with her boyfriend Noah (Jacob Elordi). With Noah off to Harvard and Elle in her senior year in high school, she now has to contend with the struggles of a long-distance relationship and the stress of getting into her dream college. Add in a new high school classmate named Marco (Taylor Perez) enters the fold and a college girl named Chloe (Maisie Richardson-Sellers), and things are really going to get interesting.

In the YouTube live stream, King debuted The Kissing Booth 2's premiere date by putting together a puzzle of the film’s new poster, joined by fellow cast members Joel Courtney, who will return to the sequel as Elle’s best friend, Lee, and newcomers Perez and Richardson-Sellers. Molly Ringwald, Meganne Young, and Carson White will also reprise their roles for the sequel.

On May 22, Reekles responded to the sequel news with a video teasing that a trailer would debut soon, but did not provide an actual date. The author also gushed about the film’s new poster featured in King’s live stream. Announcing the premiere date, Reekles said, “We also have this beautiful poster with the tagline, ‘Rules can be broken, but so can hearts,’ and I freaking love it, oh my, God… I’m not disappointed. I love it.”

The Kissing Booth debuted on Netflix in 2018 and became a hit among the teen rom-com masses. At the time, Ted Sarandos, Netflix’s chief content officer, reported that the film was "one of the most-watched movies in the country." With the sequel set to arrive this summer, perhaps another rom-com success will be sealed with a kiss.