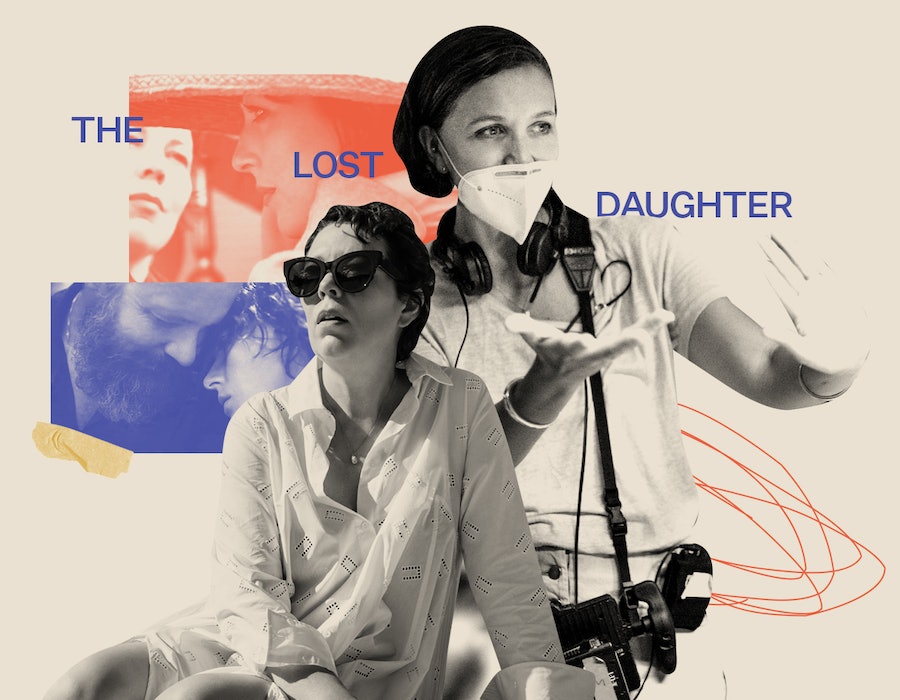 If the thought of matrimony and motherhood makes you want to run for the hills, you’ll have one of two reactions to Netflix’s The Lost Daughter. The first will be a swift desire to update your Bumble bio to “hookups only.” The second will be the urge to shout at your screen, thanking Maggie Gyllenhaal, Elena Ferrante, and even Whoopi Goldberg (who, while having nothing to do with this film, is the patron saint of not wanting someone in her house) for so perfectly articulating the not-always-socially-acceptable truth: that some women simply aren’t meant for the song and dance of marriage and maternity.

The Lost Daughter, which Gyllenhaal adapted from Ferrante’s novel of the same name, follows Leda (Olivia Colman), a now-middle aged, single professor vacationing in Greece. After encountering a young mother named Nina (Dakota Johnson) on the beach, Leda recognizes something in her: that Nina is drowning under the weight of having a child. The story thus unfolds in two different timelines — the collapse of Leda’s own family in the past, and Nina’s in the present — serving as a parable for the perils of domesticity. But if, like me, you definitely, 100% want to get married and procreate, all is not doomsday in The Lost Daughter — because baked into the film is Gyllenhaal’s own enviable partnership.

In Leda’s flashbacks, we meet Professor Hardy, a beguilingly bearded academic played to perfection by Gyllenhaal’s husband of 12 years, Peter Sarsgaard. Young Leda (Jessie Buckley) first sees Hardy at a translations conference where he’s delivering a lecture on W. H. Auden. Nothing, and I mean nothing, should be hot about a white man standing at a lectern discussing the poetry of another white man — but in Sarsgaard’s hands and Gyllenhaal’s frame, his oration crackles with sex appeal. In the next scene Hardy’s reciting the Yeats poem Leda and the Swan — in Italian! The pretension! — to Leda. It’s a fantasy I haven’t had since I was a sophomore and my professor’s well-sculpted bicep quivered as he read to us from a printout of the “The Love Song of J. Alfred Prufrock.” But by the end of Hardy’s recitation I found myself actually rooting for Leda to abandon her adorably British accented daughters all in the name of boning down.

A few glasses of bad, academic conference red wine later, Leda and Hardy do the deed, and it’s a sexual exchange so erotic that it nearly redeems the misfortune that befalls her in her later years. But the scene’s power doesn’t come from the acting alone; it’s rooted in its distinct directorial choices — that is, the fact that Gyllenhaal knows her mans. Objectively, quite a few things make Sarsgaard supremely f*ckable. There’s the whole Brooklyn dad vibe (he keeps bees and grows his own apricots), his acting prowess (he completely disappears into films as varied as Garden State and An Education), and the implicit truth that he has the kind of movie-star good looks that have granted him a career as a movie star. But through this sex scene we learn what Gyllenhaal thinks makes him f*ckable: his chest.

Before Leda and Hardy even so much as kiss, she unbuttons his shirt — running her fingers through his mostly black, but lightly speckled with gray, chest hair. She claws at it, staring at his mess of fur, mesmerized as Gyllenhaal allows his chest to take up the near-entirety of the screen. We see nothing else of Sarsgaard’s naked form — no subtle flash of his bare ass; not even so much as a pan toward his abs — but Gyllenhaal has shown us everything we need to see. Only one’s lover knows their most beautiful, intimate parts.

It’s a dynamic the two appear to be comfortable with — during the pandemic Gyllenhaal also shot a short film where Sarsgaard had sex with a tree, so there’s that — and their reflections on the process only seem to confirm this sentiment. “You have your wife adoring you and filming you a certain way,” Sarsgaard recently told New York. “If the person making it in the camera adores you, then the audience will adore you... I’ve joked, ‘Everyone should do this with their wives.’” Gyllenhaal echoed this sentiment during an appearance on The View: “I’ve been with my husband for a long time. We’ve been through so much. I know my husband loves me. Who could do this better than him?’ Really, nobody.’”

Male filmmakers have been making muses out of their partners since the dawn of time: Tim Burton and Helena Bonham Carter. John Cassavetes and Gena Rowlands. Federico Fellini and Giulietta Masina. In The Lost Daughter, Gyllenhaal flips this notion on its head, turning the female gaze on her husband, and it’s the hottest — and hairiest — entry into the canon yet.