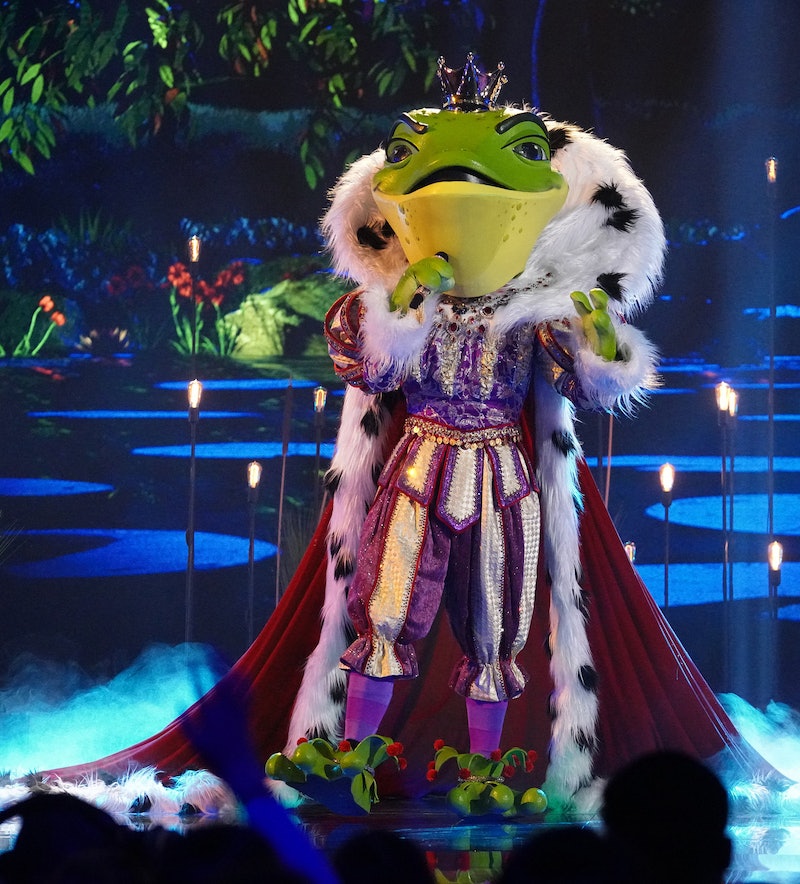 After the cursed reveal of Rudy Giuliani on The Masked Singer, the competition is chugging ahead with the remaining contestants, which include a group of Queen Cobras and one dashingly dressed Prince. Hailing from Team Good, the Prince made a splash with his rendition of Ricky Martin’s "La Copa De La Vida,” leading to theories that Prince was Marc Anthony or Mario Lopez. This week, he performed Sam Smith’s “Lay Me Down,” hitting several high notes that threw the judges off, as their initial guesses were leaning more towards athletes.

The theme of the Prince's first clue package was fitness. It was filmed in a gym, and there was a visual clue of a medicine ball with "Mars" written on it. The second visual clue was a giant diamond ring. And the last major hint was the price of his workout video, which was $20.06 — which the judges guessed could possibly signify a year. He also told the judges he’s “performed in front of many people before” and he’s “happy to be back on a team.”

The “team” guess had the judges initially leaning towards baseball players. "I did see that diamond, so it made me think of a baseball diamond," McCarthy said. She suggested Alex Rodriguez. Thicke agreed, saying, “I am on this athlete tip and now that we're in 2006, could it possibly be the Prince of New York, Derek Jeter?”

But these guesses didn’t hold up by Prince’s second performance. His “Mega Clue” in the April 27 episode was a carry-on bag. “I have toured a lot of hotels all over the world, and this one has to be the most wild one yet,” he said.

Ken Jeong still insisted that Prince had to be Enrique Iglesias, but Robin Thicke said that the tone and upper register of his voice now sounds more like a pop-rock singer. He name-dropped Niall Horan, and Jenny McCarthy noted that Horan once said he loves to sing Bruno Mars in the shower — a possible connection to the “Mars” hint. Nicole Scherzinger also guessed Darren Criss, which she said connected to the hotel clue, as he was on American Horror Story: Hotel.

But over on Reddit, fans guess that Prince is actually another American Horror Story star: actor and singer Cheyenne Jackson, who featured in the show’s fifth, sixth, seventh, and eighth seasons. One of Jackson’s first roles was a cameo on Life on Mars, and he played Johnny Diamond in the series American Housewife — both of which link up to the visual clues in the first package. Jamie Lee Curtis also hyped up the Prince on Twitter, and Jackson is co-starring in Borderlands with her.

Jackson has also played several lead roles on Broadway — including Tony in West Side Story, Sonny Malone in Xanadu, and Chad in All Shook Up — so he’s certainly used to performing in front of an audience. There’s plenty of videos you can find of Jackson singing online, and while it’s possible Prince could be someone else, it’s hard to deny he really does sound like Jackson.