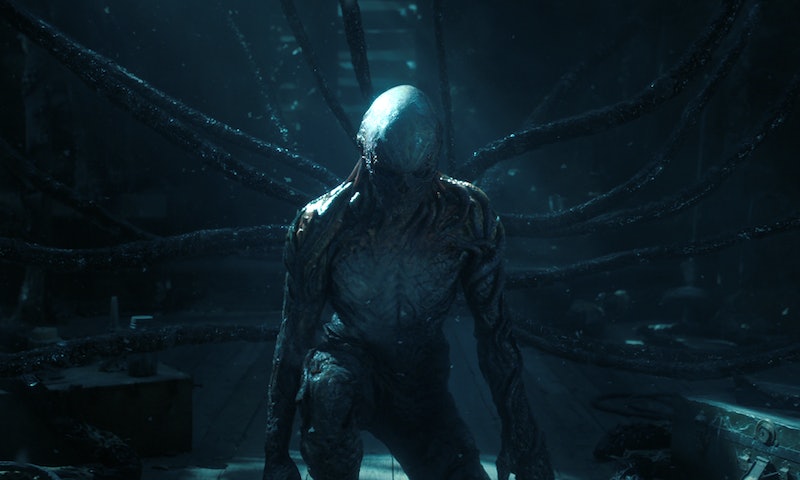 In the world of Stranger Things, villains have ranged from Demogorgons to the Mind Flayer, but Season 4 debuts Stranger Things’ most disturbing monster to date: Vecna. “Vecna is a psychological horror that I don’t think we’ve really seen,” actor David Harbour, who plays Hopper, told Variety. He said that while the Upside Down has a number of shadowy creatures running around, we’ve yet to see one as “calculatedly, psychologically evil” as Vecna is. “He’s a true big bad that we’ve needed in the series.”

Much like the other monsters in Stranger Things, Vecna is named after an iconic Dungeons & Dragons creature. In the world of the game, Vecna was a once-human king turned evil undead wizard who eventually ascended to godhood and became the scourge of civilization, earning titles like The Whispered One and Lord of the Rotted Tower. According to the lore, Vecna drew his strength from finding out people’s worst secrets and using them to destroy his enemies. He constantly strove for more power, and per Black Citadel RPG, was at one point presumed dead, only leaving behind a ruined tower and the withered remains of one hand and eye. He was banished to a nightmare realm, whose entrance is marked by a stone gate, a detail Stranger Things borrows. But just like any terrible villain, Vecna always found a way to return to torment everyone.

In the stories, he could be defeated by the Sword of Kas (a weapon his servant used to betray him), but Black Citadel RPG suggests that for players, defeating him is “less a matter of rolling dice” than it is just coming up with a “very, very cunning plan ... Being sneaky, charming, and smart will get you closer to victory against Vecna than charging in swords swinging.”

There are definitely threads of this backstory in the show, which opens with the Hawkins crew split up across the country and Eleven still powerless when Vecna steps onscreen. "Part of the drive and tension of this season is that we have this big new evil emerge in Hawkins and for the first time ever, Eleven is not there," co-creator Ross Duffer told Entertainment Weekly. "And not only is she separated by distance, but at the end of Season 3, she's lost her powers, so even when she learns about what has happened in Hawkins, she is unable to help them in the same way she has before."

As a result, the kids are forced to get creative in figuring out how to defeat Vecna. One of the threads they chase down is Victor Creel, who Nancy begins to look into after an attack rocks the town. During a 2021 Netflix fan event, the Duffer brothers teased the debut of the Creel House, which was the site of unspeakable horrors when Victor Creel and his family lived there in the 1950s.

The house seemed like a normal home until lights started flickering and animals would show up dead in their yard. And then one night, Victor Creel seemingly killed his entire family in brutal fashion and was sent to a psychiatric hospital. When Nancy and Robin go to investigate the crime, they begin to discover it has the markings of Vecna all over it.

It’s clear that whatever Vecna did to Creel will have repercussions going into the fifth and final season of Stranger Things. "What occurs in that house is pivotal to understanding what has been happening in Hawkins all of these years," Duffer teased. We’ll find out exactly what he means in Stranger Things 4.