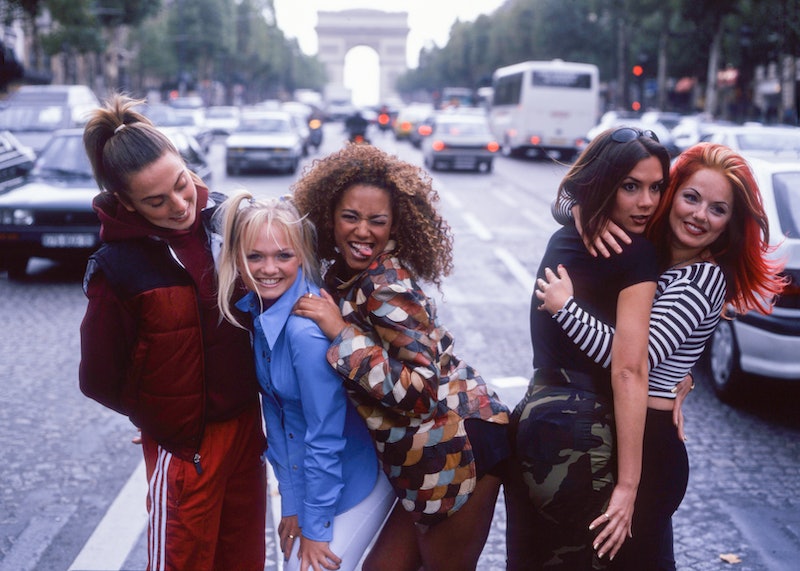 “If you wanna be my lover, you gotta get with my friends.” It’s been 25 years since these wise words from the Spice Girls’ debut single were first heard on radios around the world. Can you believe it? That’s a quarter of a century!

To mark Wannabe’s 25th anniversary, Phonographic Performance Limited (PPL) has released a list of the pop group’s top 10 biggest hits. The list is based on their analysis of radio and TV airplay data between 2000 and 2021.

Coming up top, surprisingly, it’s not Wannabe. It’s actually Who Do You Think You Are. The song gained skyrocketed in popularity when the Spice Girls opened the 1997 BRIT Awards with it and Geri – aka Ginger Spice – donned a Union Jack dress that would go on to symbolise the era of Cool Britannia.

With Who Do You Think You Are at number one, Wannabe comes in second. Third on the list is the 1998 Motown-influenced hit Stop, followed by the sultry ballad 2 Become 1. At number five, we have Say You’ll Be There, followed by Spice Up Your Life at number six.

Goodbye — believed to be written to mark Geri’s departure from the group in 1998 — comes in at number seven, followed by Mama. At number nine, we have Viva Forever, and finally, finishing the list at number 10 is Too Much.

Of course, this list is based on PPL’s data and analysis, so we wouldn’t go so far to say that this is the definitive ranking of all Spice Girls’ hits. On Spotify, for instance, Wannabe takes the top spot at 602 million listens compared to runner up Stop at 99 million listens. On YouTube, Wannabe also tops the list with 525 million views while Who Do You Think You Are records just 24 million views.

Whatever your metric for deciding how to rank the group’s top tracks, one thing is certain: they’ll never stop being iconic.