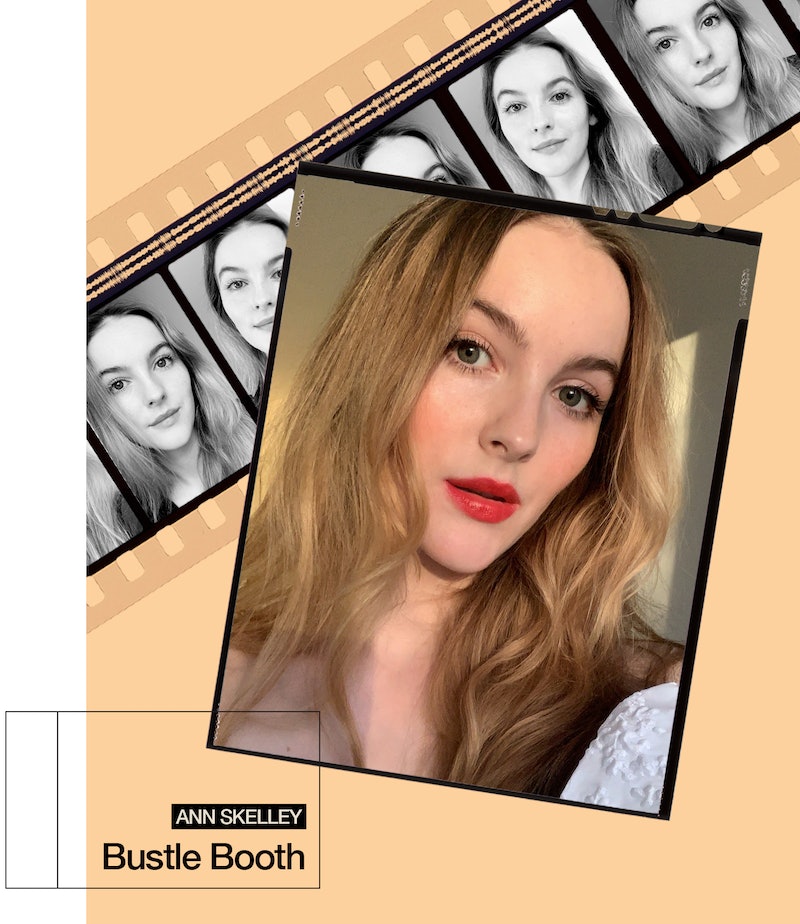 Marion Cotillard’s portrayal of Édith Piaf in La Vie en Rose was one of Ann Skelly’s earliest inspirations. “I think it was probably the first time I'd ever seen a woman be the centre of this epic story,” Skelly tells me over the phone. “She’s quite flawed and very human, and just this incredibly impressive character. I remember thinking, ‘That's what acting could be.’”

Following in her idol’s footsteps, Dublin-born Skelly is now taking on complex characters of her own. The BBC’s Little Women and Death and Nightingales are some of her most recent credits. Starring alongside Matthew Reese and Jamie Dorman in the latter, she got to play Beth Winters, a “kind of epic Irish heroine,” she says.

Skelly’s latest performance can be enjoyed in the HBO sci-fi epic The Nevers. The series centres on a crew of misfit Victorian women called The Touched, who mysteriously gained unusual powers three years prior to the events of the show.

“I would say The Nevers is a mix of genres... like a refresh of the typical Victorian period drama,” Skelly explains, offering a taste of what viewers can expect from the new series. She likens certain elements of The Nevers to Netflix’s Bridgerton, due to the show’s modern-day take on the classic period genre. However, Skelly promises the HBO drama is a “very different beast to what we’ve known before.”

In the series, she plays the charming and inventive Penance “Penny” Adair, who strives to protect ostracised members of The Touched alongside her best friend Amalia True (the protagonist of this series, played by Laura Donnelly). “I'd say she’s the moral backbone,” Skelly says of her latest role. “She's very close to me, and probably the first very light-hearted character I've ever gotten to play.”

Recalling her time on set, Skelly remembers feeling “intimated” in the beginning. It was her first time filming in London and only the second time she’d travelled abroad. And working alongside acting legends such as Olivia Williams and Nick Frost did nothing to ease the pressure. Her initial worries were quickly eased, however, and Skelly was soon bonding with her “brilliant” cast mates via the show’s Whatsapp group chat.

Some of her favourite memories from set include filming nearby Buckingham Palace (“I think they filmed a lot for The Crown there.”) and having to be strapped onto to a set of roller coaster-type tracks to film some special effects. “They propelled us forward, and then suddenly dropped us and propelled us forward again,” she recalls. “It was just one of the weirdest experiences I've probably ever had on a film set.”

In between filming The Nevers, Skelly spent lockdown like the rest of us – stuck at home. The actor says she filled most of her time watching The Sopranos and found great solace in The Real Housewives of New York. “Everyone was taking up hobbies and stuff, I thought that was a meme,” she laughs. “People have [taken up] exercise during the pandemic and I've been eating cereal and watching TV.” She adds: “I definitely just stopped talking to anyone who was motivated in any way. Yeah, I'd rather wallow.”

As for the future, Skelly doesn’t have any specific dream roles in mind – but she does have aspirations of one day portraying a historical figure. “With La Vie en Rose, one thing I really liked about the film is that Édith Piaf was a real person. I'd love to play a person of history... something along that route would be really cool.”

She adds: “I just like good writing, really. You get really excited when you get a good script, and to play probably any character in a good script is what you're after.”

Get to know more about Ann Skelly in her Bustle Booth below.

A cappuccino with cashew milk. It used to be oat milk, but cashew makes it more complicated and there’s no better taste to my palette than sheer drama.

London, Dublin and Florence. My friends and family are scattered over these places so it makes sense to know their temperature.

I’m a Sagittarius and I’m absolutely dedicated to living up to what my horoscope needs of me.

“We’re gonna need a bigger boat.” I’ve never seen Jaws but I like to apply it everywhere. Need to get a trolley instead of a basket in the shops? Phone doesn’t fit in jeans pocket? You’ll need a bigger boat for it all.

Avatar The Last Airbender — I still watch it all the time. Azula from the fire nation is my alter ego, though Uncle Iroh is who I’ll ultimately become.

The Great with Elle fanning. I just laugh and laugh and, oh, that’s a tear, but now I’m LAUGHING again.

Al Pacino. Or more recently Fran Lebowitz. Someone old, small and in a big coat (extra points for a scarf).

The Real Housewives of New York. We’d find that I needed them as much as they needed me.

“Mockingbird” by Eminem; I don’t sing it. I become it.

Any dog that locks eyes with me in the street.

“I can’t believe she pulled off the grandest heist in all of time.”