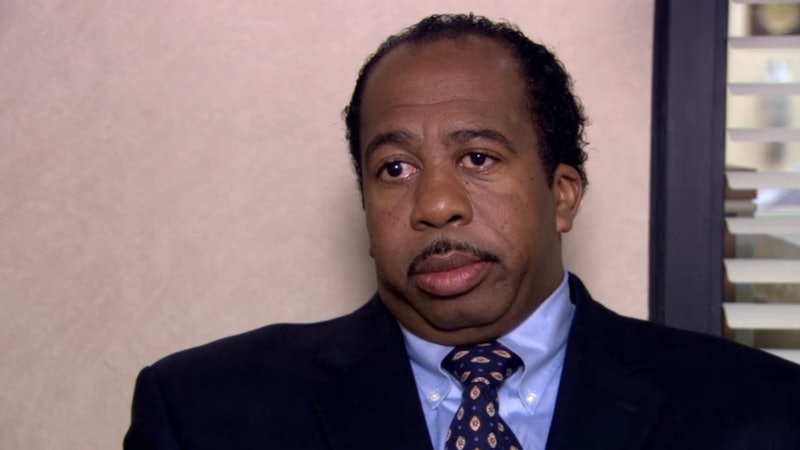 There is exciting news for anyone still mourning the end of The Office. Leslie David Baker's spinoff Uncle Stan might feature cameos from The Office cast, as the creator said the character's coworkers are an essential part of his story in an new interview with Entertainment Tonight. Baker, who played Stanley in nine seasons of the sitcom, launched a Kickstarter campaign for an unofficial spinoff series titled Uncle Stan: Coming Out of Retirement. Fans will be thrilled to hear Baker plans to reach out to his former costars, in the hopes that the web series will feature some familiar Dunder Mifflin faces viewers have been missing.

On July 2, Baker promoted the Uncle Stan show on Instagram, explaining that the show would follow Stanley Hudson's post-retirement life. The former Dunder Mifflin employee will be enjoying his retirement — which includes woodworking and listening to disco — when his favorite nephew calls needing assistance with his hybrid motorcycle-florist shop he inherited from his late wife. Uncle Stan will have to come out of retirement to help his widowed nephew run the store and take care of his two kids, according to the show's official description.

Baker revealed the idea for Uncle Stan came to him after getting asked about Stanley's post-retirement life at Comic-Con and other events, as per ET. "This character was and is so beloved that people wanted to know what is going on with him," the actor said. "I said, 'You know what? There is a life for this character after The Office. So let's explore that, let's look at it and see what he's doing." Baker added: "We wanna know what his hopes, wishes, dreams, ambitions were."

Baker noted the show would pick up with Stanley, "several years later after his retirement," but, "as with any of us, once you retire from a job, you don't leave all the people that you worked with behind." He added of Stanley's former coworkers (and his former castmates) that: "they are a part of the fabric of your life, your personality." For this reason, the actor plans to reach out to his former The Office family, saying, "they will be invited and we'll try and incorporate as much as we can."

The Office, which follows the shenanigans of the eccentric employees at a paper factory in Scranton, Pennsylvania, premiered in 2005. The show became an instant phenomenon and has gained a new generation of fans amid the streaming era. If the cast gets back together for Uncle Stan, it won't be the only recent reunion. In May, The Office cast reunited on John Krasinski's YouTube Show. Additionally, a reunion special for The Office is being considered for Peacock, as per Deadline. Whether it's for a cameo on Uncle Stan or a reunion episode on NBC, it seems likely that the beloved cast will be returning to the screen in some form soon.