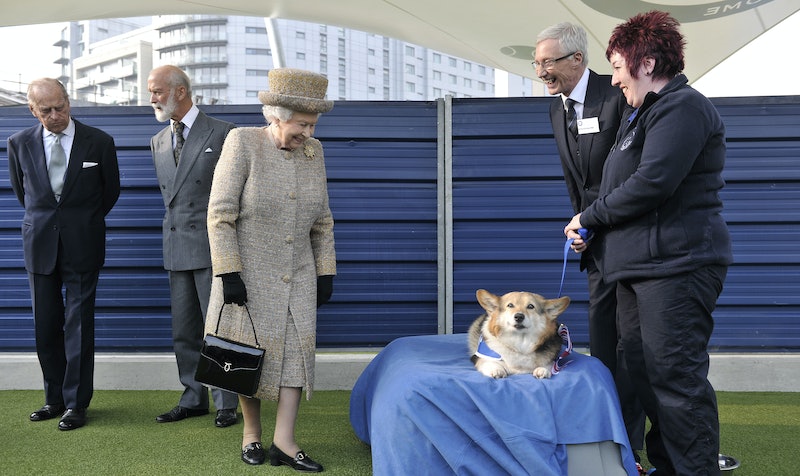 Several weeks ago, it was announced that The Duke and Duchess of Cambridge had lost their beloved family dog Lupo. The couple shared the news via Instagram, much to the sadness and dismay of their many fans. Just weeks later, it has now been revealed that The Queen's dog Vulcan has sadly passed away too, meaning another loss for the Royal family.

Several Royal correspondents have reported the news that the dorgi (a dachshund-corgi cross) tragically died a few weeks ago at Windsor, leaving The Queen mourning the loss of a beloved pet. It has been reported that Vulcan has been buried on the Windsor grounds.

The Daily Mail's Rebecca English wrote on Twitter: "The Queen is mourning the loss of one of her last two remaining dogs just weeks before Christmas. Loyal companion Vulcan, a dachshund-corgi cross, died a few weeks ago at Windsor." On Twitter, English also noted that Vulcan's death leaves the British monarch "with just one remaining animal, Candy, also a Dorgi."

She then added: "I should add that a few years ago HMQ decided to stop breeding corgis/dorgis because of her age (she didn’t want a big pack around her and was worried what would happen to them if she wasn’t here.) But like all dog owners, I think she would feel lost without at least one."

As mentioned, the news follows an Instagram post from William and Kate, who announced the death of their dog Lupo. "Very sadly last weekend our dear dog, Lupo, passed away. He has been at the heart of our family for the past nine years and we will miss him so much. - W & C," they wrote.