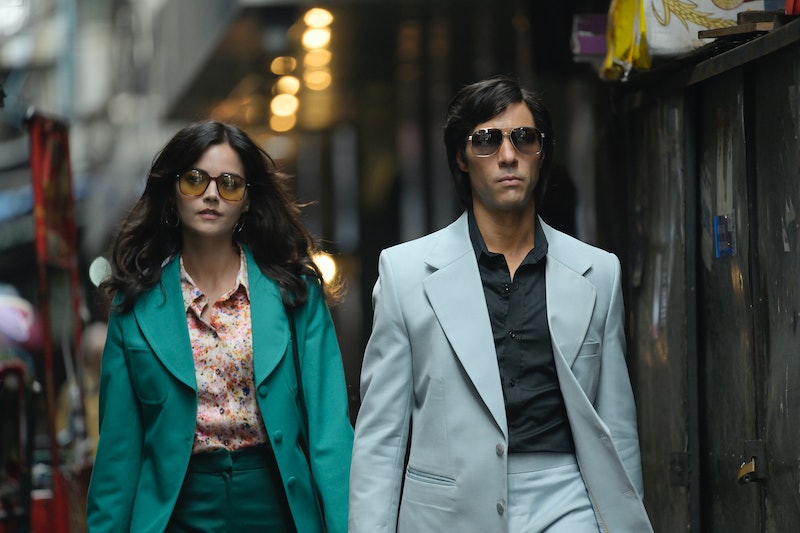 The phenomenal true story of serial killer Charles Sobhraj is at the centre of the BBC's latest true-crime drama, The Serpent. Set in the mid-1970s, the new series depicts how Sobhraj became known as one of the most elusive killers in history, managing to escape from the authorities throughout his killing spree in south-east Asia. But where was The Serpent filmed?

Per the BBC, filming of the series commenced on-location in Thailand in 2019. Throughout the final stretch of filming in March 2020, production was halted for almost five months due to the coronavirus pandemic. The series was eventually forced to relocate filming to the UK, with production resuming in Hertfordshire on Aug. 17, Variety reports

As previously mentioned, the forthcoming BBC drama follows the real-life story of serial killer Charles Sobhraj, who targeted young Western backpackers across India, Thailand and Nepal’s Hippie Trail throughout the 1970s. In addition to his heinous crimes, the series also explores Sobhraj's romantic relationship with his frequent accomplice, Marie-Andrée Leclerc, as well as the young Dutch diplomat Herman Knippenberg, who managed to help bring Sobhraj to justice.

Commenting on the drama's original filming location in Thailand, The Serpent's Billy Howle, who portrays the character of Knippenberg throughout the new series, previously expressed how "fortunate" he felt to be "shooting in such a great part of the world." Elsewhere, speaking prior to filming, director Tom Shankland explained how "bringing the lost era of the hippie trail back to life" has long been a dream of his after he "first went travelling in Asia and heard the name ‘Charles Sobhraj’."

Joining MotherFatherSon's Howle in the drama's cast is The Looming Tower's Tahar Rahim as Charles Sobhraj, Victoria's Jenna Coleman as Marie-Andrée Leclerc, Les Miserables star Ellie Bamber as Angela Knippenberg, among others, per the Radio Times.

Commenting on the BBC's latest offering, executive producer Preethi Mavahalli previously revealed how years of extensive research and conversations with some of the real-life survivors helped piece together this "stranger than fiction story."

"We have spent several years researching and collecting the first-hand testimony of the brave survivors who helped unravel Sobhraj’s dark web of deceit, crime and murder." Speaking to the BBC, Mavahalli continued: "Now we can finally tell this truly stranger than fiction story of the so-called Serpent, one of the most elusive killers of all time, and Herman Knippenberg’s quietly obsessive pursuit to catch him."