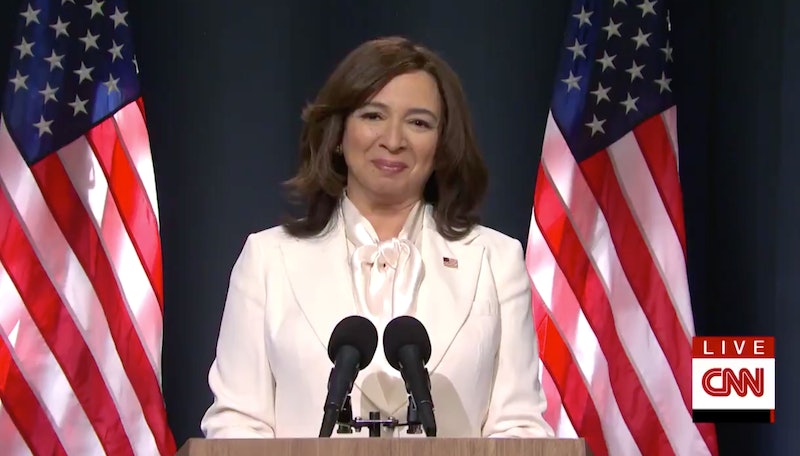 "I am humbled and honored to be the first female, the first Black, the first Indian-American, and the first biracial vice president," Rudolph as Harris said. "And if any of that terrifies you, well, I don't give a funt. Also, my husband will be the first second gentleman, and he's Jewish, so between us we check more boxes than a disqualified ballot. And to all the little Black and brown girls watching right now, I just want to say this: The reason your mom is laughing so much tonight is because she's drunk."

Jim Carrey returned as Biden and took tidbits from the president-elect's speech, which was given to a drive-in crowd in Wilmington, Delaware. Up until this point, viewers were critical of Carrey's Biden, claiming it to be too maniacal and crazed, but the Ace Ventura: Pet Detective star made up for it by perfectly utilizing one of the beloved films' most infamous lines. "There are situations in life, and this is one of them," the actor as Biden said. "Where there must be a winner and a loooooserrr." Needless to say, all of Carrey's Biden sins have been forgiven and we can accept four more years of these impressions.