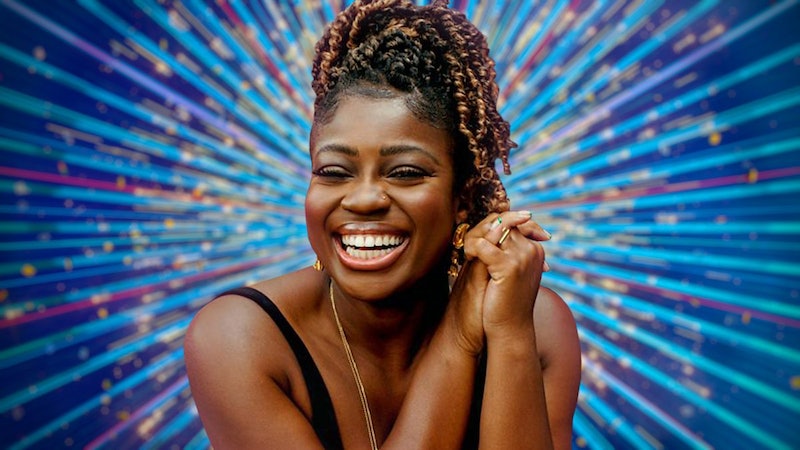 The sigh of relief uttered by Strictly fans following confirmation for 2020's season could be heard around the world. While there’s been a few adjustments to this year’s programme, the BBC will be kicking off the series with a launch show on Oct. 17, followed by its first live show on Oct. 24. News of Strictly's return was quickly followed by questions as to who'd be taking to the dance floor this year. We already know news about the professional line up and the judges panel, but which celebrities are taking part in Strictly 2020?

The wait is over and BBC has finally announced its full line up for the latest season of its flagship dancing competition. The biggest news of all is that, after years of speculation, producers have finally decided to have a same-sex couple and the celeb taking up the mantel is none other than boxing legend Nicola Adams.

Adams told BBC News that the pairing was actually her suggestion after she was asked to appear on the show. In her statement, Adams assured fans she'd bring all of her feistiness in the ring onto the dance floor. She also championed the BBC for their push towards equality. "It’s amazing to be a part of the movement for change, diversity, and breaking boundaries in the entertainment industry," she said.

Beloved Radio 1 DJ Clara Amfo will also be appearing this season as announced on Radio 1 Breakfast by her colleague Greg James. Discussing the news, she addressed the importance of the show's joyfulness during these trying times.

If every season has a comedy act then this season’s funny guy is sure to be legendary British comic Bill Bailey. However, speaking about competing on the show, the star revealed his personal reasons for competing, too. “My late mum Madrin would have loved it,” he said. “I hope she'll be watching.”

"I was speechless with excitement at being asked to join Strictly - and that's very rare for me," said Smith. "Fifty years ago, I got a bronze medal for Scottish Highland Dancing and it feels about time to return to dancing."

The 12 contestants competing in 2020's Strictly Come Dancing for this year's series are:

As this year's season is being slightly pared-down, owing to coronavirus-related production constraints, there are considerably fewer stars than usual. Due to pandemic rules, this year's celebs have formed an exclusive 'Strictly support bubble' with their dance partners, with one-half of the pair forced to live alone.

Filming is due to start on Oct. 12, yet as the show’s youngest contestant HRVY confirmed testing positive for the virus on Oct. 1. many wondered what this meant for the upcoming series? The Youtube sensation and pop star tweeted the news to his followers but added he was "all good, no symptoms." "Pending a negative test, HRVY won't miss the launch recording or any dance training. We wish him all the best," said a Strictly spokesperson to BBC News.

Thankfully, on Oct. 9. HRVY received a clean bill of health just as the cast ews preparing to don their sequins and dance shoes. Following his negative test, he tweeted to fans: “He's free from COVID, he's a free elf now... thank you for all the kind messages, I tested negative today so I'm back, love you guys and see you all soon.”

This article was originally published on Sep. 2, 2020