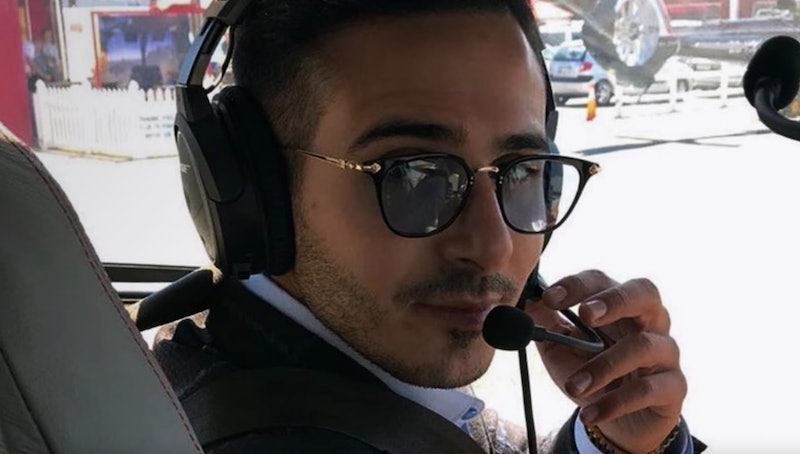 Netflix’s latest hit documentary The Tinder Swindler has truly taken the world by storm with the documentary hitting the top ten in 92 countries and garnering a whopping 45.8 million hours of viewing between Jan. 31 and Feb. 6. It’s safe to say that we’re all pretty much hooked.

If you’re one of the rare few who hasn’t already watched this much-talked about documentary, The Tinder Swindler follows the case of alleged conman Shimon Hayut, who presents himself as Simon Leviev, son of billionaire and diamond mine owner, Lev Leviev.

Hayut uses dating app Tinder to develop relationships with women and is accused of tricking them into sending him significant sums of money, in the name of keeping him safe from “his enemies.” The women featured in the documentary include Pernilla Sjoholm, Cecilie Fjellhøy, and Ayleen Charlotte who all accuse Hayut of scamming them of huge amounts of money and leaving them in mountains of debt.

Not only has a podcast been confirmed by Netflix, titled The Making Of A Swindler, but it now looks like there’s a strong possibility that The Tinder Swindler may also get the Hollywood touch. According to Variety, Netflix is currently in the early stages of meeting with producers to dramatise the hugely successful documentary, with the details — including the tone of a potential film — still needing to be worked out.

Netflix is yet to confirm that this is indeed the case, but the rumours around a film adaptation have already taken hold online, especially on social media, with some Twitter users already suggesting the documentary is more of a horror film. It seems Netflix may already have its answer for which genre a Hollywood adaptation of The Tinder Swindler would sit in, whilst we eagerly await for more details of a possible film. Bustle will keep you updated on any developments.

More like this
A New Netflix Doc Will Explore The Unsolved Murder Of Jill Dando
By Sam Ramsden
This First Look At 'The Gold' Shows Jack Lowden In A Whole New Light
By El Hunt and Sam Ramsden
What Really Happened Between Lea Michele & Sadie Sink On 'The Tonight Show'
By El Hunt
This Pre-'Love Island' Video Of Olivia & Zara Together Changes Everything
By Bustle UK
Get The Very Best Of Bustle/UK
Sign up for Bustle UK's twice-weekly newsletter, featuring the latest must-watch TV, moving personal stories, and expert advice on the hottest viral buys.