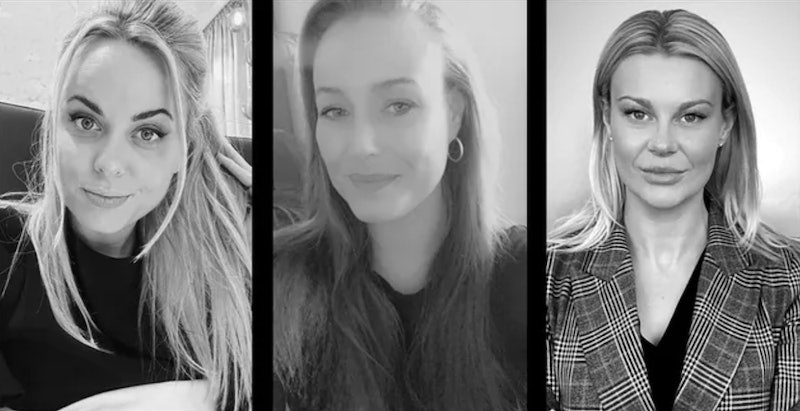 In the aftermath of Netflix’s latest true crime obsession The Tinder Swindler, victims of the accused con man Simon Hayut have launched a GoFundMe page to help rebuild their lives following their ordeals. As the two-hour hit documentary reveals, the fraudster fronted as an international businessman and targeted women he met through the dating app Tinder. Using a series of convoluted lies and deceit, the con man eventually scammed his victims — Cecilie Schrøder Fjellhøy, Pernilla Sjoholm, and Ayleen Charlotte — out of thousands of dollars. Now, following the documentary’s release, the Tinder Swindler victims are appealing to the public for donations to help with their debts.

Earlier this week, on Feb. 6, Cecilie Schrøder Fjellhøy, Pernilla Sjoholm, and Ayleen Charlotte turned to the crowdfunding page GoFundMe to help raise the equivalent of £600,000 (the details of which you can find here).

The three women — who all appeared in the Netflix documentary — have lost large amounts of money at the hands of Simon Hayut, whom they believed to be in relationships with and who had been posing as Simon Leviev, a billionaire’s son and wealthy diamond mogul.

With the help of the crowdfunding platform, the women say that hope to get their “lives back” and, as of Feb. 7, have already raised over £18,000 towards their goal.

“The past few days have been a whirlwind, and we three (Ayleen, Pernilla, and Cecilie) have been completely shocked and floored by the flood of compassion and support from everyone. The sheer love is more than we ever expected, and we appreciate you all so much,” they wrote on the page.

The three women also shared that they were hesitant to start a GoFundMe fundraiser due to many “fakes” on the platform and worried about “more people getting defrauded,” however decided to go ahead with “careful consideration.”

“We realise there are a thousand other worthy causes to donate to and remain forever grateful if you choose to donate to this one. All we want are our lives back,” they wrote.

Simon Hayut is a free man after his five-month prison stint and was last seen resuming his lavish lifestyle on his recently-deleted Instagram page.