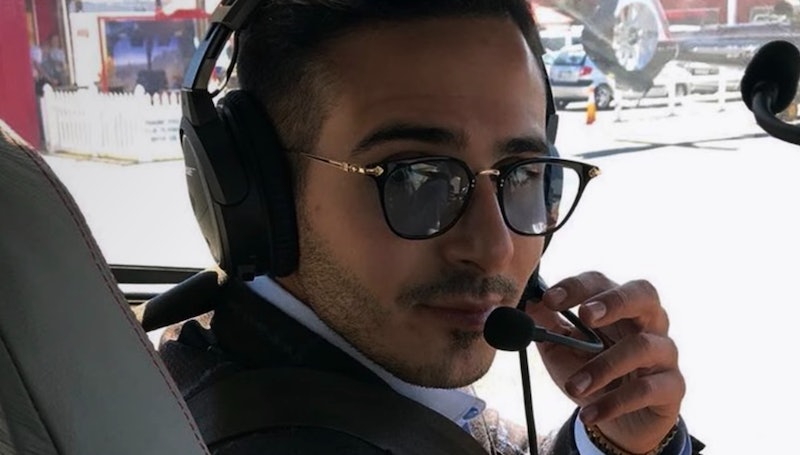 If you’ve watched Netflix’s new documentary The Tinder Swindler, you’re already familiar with Shimon Hayut, a con man who goes by the name of Simon Leviev. Not long ago, Leviev bilked dozens of people across the world out of millions of dollars, running a scam that amounted to a Ponzi scheme: Using the money he’d emotionally manipulated out of one mark, he’d dupe the next into believing he was a wealthy playboy, and he continued the chain in perpetuity… until his luck ran out.

The film, directed by Felicity Morris, examines how Leviev swindled three women, all of whom were left with tens — if not hundreds — of thousands of dollars in debt. Two of them, Cecilie Fjellhøy and Pernilla Sjoholm, told their story to the Norwegian publication VG in 2019 in the hopes of preventing Leviev from entrapping other women. Later that year, Leviev was arrested in Greece by Interpol and the Israel Police and extradited to Israel, where he was tried on outstanding charges of fraud and sentenced to 15 months in prison.

But what happened after his time behind bars? Below, an overview of what Simon Leviev’s been up to.

Where Is Simon Leviev Now?

As the film recounts, Leviev only served five months of his 15-month prison sentence. These days, per his Instagram, he seems to be living the good life in Israel. Footage posted to his account shows him enjoying luxury goods including an iPhone, designer sneakers, sports cars, and more. He was also, at least at one time, dating an Israeli model.

In December 2020, the Times of Israel reported that Leviev had impersonated a paramedic in order to gain access to the COVID-19 vaccine before the general public. (In news footage showing him being vaccinated, Leviev, who has a penchant for designer clothing, appears to be wearing a mask featuring a Louis Vuitton print, which does not cover his nose.) However, he claimed he had not lied to get vaccinated early, saying, “I am a businessman. I have money. I can buy anyone or anything that I want.”

What’s His Next Hustle?

Leviev has rebranded himself as a “real estate expert.” This past November, Vents Magazine published an interview with Leviev, describing him as “a millionaire of repute [who] has played the high stakes in the world of real estate for years.” In this interview, somewhat hilariously, the con artist advises aspiring real estate titans to “keep it real,” adding, “Your networks and your relationship with them can either pull the rug from under your feet or place it just when you needed it the most. So choose wisely.”

Both Vents and Leviev’s personal website — which he once used to sell his business workshops, but has recently taken down — say that Netflix is producing a series based on his life — an especially ironic lie, given that Netflix released The Tinder Swindler. The website also claimed that Leviev is worth tens of millions, which he supposedly earned through canny investing in Bitcoin and real estate.

As Morris’ film expresses, it’s frustrating to see a figure like Leviev carry on with his life relatively unscathed, especially while his victims struggle with their ongoing debts. But the film accomplishes what Fjellhøy and Sjoholm set out to do when they first sat down with journalists to tell their story: Soon, most people who hear or Google the name Simon Leviev will know him not as a real estate mogul but as a con man.